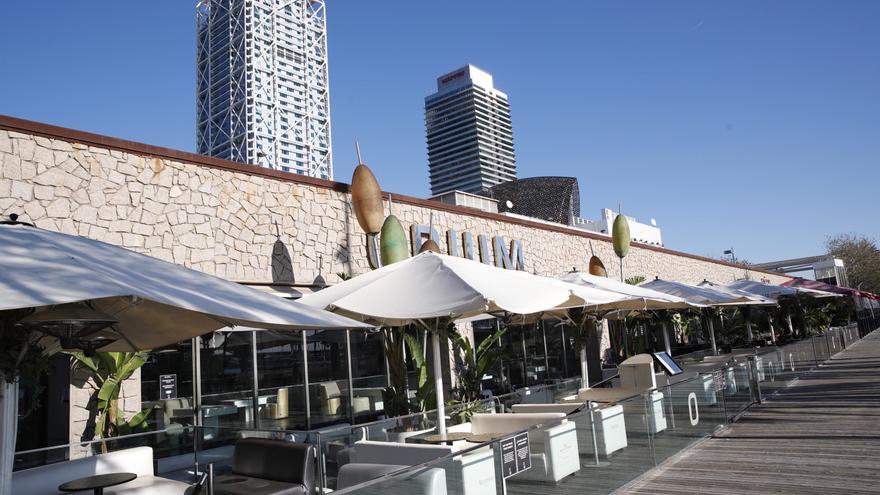 The investment group that owns the Hotel Arts in Barcelona has swept the auction that was held this Monday to award 26 commercial premises in the Front Marítim, one of the most sought-after areas of the Catalan capital. Of the total of lots put up for bid, the managers of Arts have managed to keep 24 properties, most of them belonging to nightlife and restaurants, such as Pachá and Catwalk nightclubs, several of them located on the beachfront.

The Dutch ABP Investments, the Singaporean capital group GIC and the hotel manager Host Hotels & Resorts, all three operating through the Hovisa company that runs the Arts hotel located nearby, have managed to consolidate the spaces they already controlled, such as the Casino, and also they have taken the pieces that best fit their investment projects thanks to an economic capacity well above the starting prices. The set of lots reached the auction for an initial value of almost 69 million euros and the winning group had offered for some premises that they were interested in doubling or even tripling their price.

With this operation, the fund has managed to dismount some of the managers who had spent decades in the premises auctioned on a rental basis and who now wanted to take control definitively by participating in the auction. Some of these operators had already tried to paralyze the sale process through legal action, considering that both the auction and the partition of the lots benefited the investment group. They also announce that they will exercise their preferential right as tenants.

The land and premises in this area, very close to the Hotel Arts and the Casino, belong to the Ministry of Finance, which ceded them to the city in a 30-year concession that ended in 2019 and which has long sought to dispose of them to gain liquidity . The business project aims to expand luxury leisure and tourism facilities throughout the area, which in recent years had been perceived as degraded and the scene of violent fights. However, the proximity to the beach and the Olympic port has put neighborhood entities such as the Confederation of Neighborhood Associations of Catalonia (CONFAVC), the Federation of Neighborhood Associations of Barcelona (FAVB), and also to some opposition parties, who consider that the auction is a definitive step in the privatization of the coastline.

However, the Barcelona City Council has negotiated with the central government the extension of up to five years of the concessions of some venues, such as the Opium nightclub, one of the largest, in addition to obtaining the commitment that the State will cede part of the land of the expansion of the Higher Center for Scientific Research (CSIC), so that finally the council gave the green light to the auction of the rest of the premises.

Real estate and tourism investors consider that both the strategic location and the proximity to leisure infrastructures make the area a gold mine that will revalue in the coming years, even more if the number of premises and square meters allocated to the services. They also count on the fact that the City Council will end up remodeling the area, as both operators and neighbors have long claimed, although in a different sense, which could still make that area of ​​the coast more attractive. The group that has acquired the 24 new stores also has the proximity of the hotel tower where Arts is located, which allows it to expand the complex and make the investment profitable very soon.