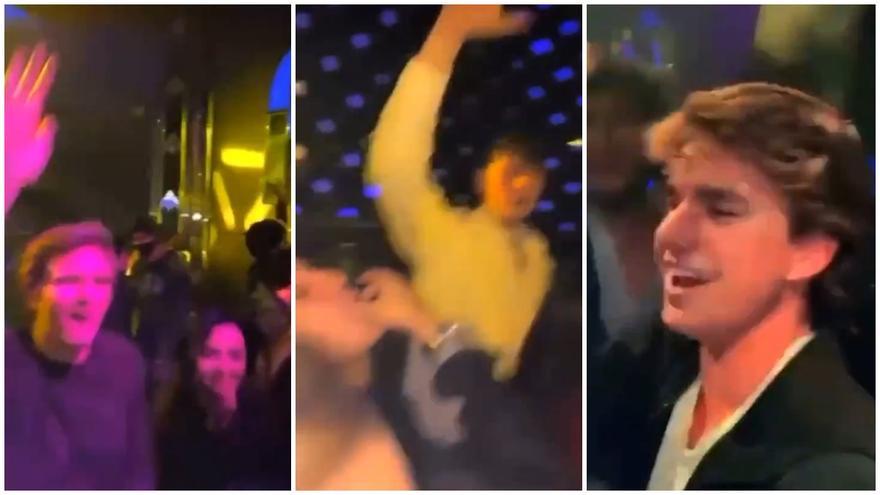 The police investigation to clarify what happened at the Barceló Theater in Madrid, where a score of people danced around the DJ on the dance floor without masks or safety distance, in contravention of regional regulations, exonerates the room. According to the report prepared by the agents, Barceló respected the rules but a large number of customers began to violate them. The Community of Madrid allows these party rooms to be opened only if they set tables and the attendees remain seated, without mixing, getting up or dancing. Now it is Public Health, dependent on the regional government, who must decide whether a crime against health was incurred and proceed to fine.

The “infractions” began when “four people got up from their tables and began to dance taking off their masks and without keeping their distance or security measures.” It was 9:38 p.m. on January 21. That group was joined “three minutes later” by more people “before which the establishment decided to vacate the premises.” The nightclub was empty at 9:46 p.m., says the Municipal Police report based on the images of the security cameras in the room. Its expected closing time was 10 pm. The conclusions, advanced by ABC, are the result of more than two weeks of police work in which testimony has been taken from workers, clients and the content of said cameras has been reviewed.

“The Municipal Police has proven that the regulations and the distance were met, that it was a group and that the local services themselves acted quickly to put an end to it,” confirmed the mayor of Madrid, José Luis Martínez-Almeida, in a visit to the Gavia park in Vallecas. The councilor has placed the responsibility only on young people who “broke” the rules. “They caused the incidents that caused social alarm,” he concluded.

A spokesman for the Security area of ​​the Madrid City Council assures, however, that the report “does not exempt anyone from responsibility, nor does it make anyone responsible” and recalls that it is up to the General Directorate of Public Health “to decide what to do” for being the competent health authority. But the investigation work shows what happened as a specific event, individual responsibility of a group of clients, which was immediately resolved.

This argument was used by the Barceló Theater the day the videos of the party were released. The room, directed by the Trapote family, assured that the images were taken at the end of the session “as a consequence of a spontaneous reaction by the public, located in a very specific area of ​​the room,” they apologized and promised to reinforce the measures internal so that it would repeat itself.