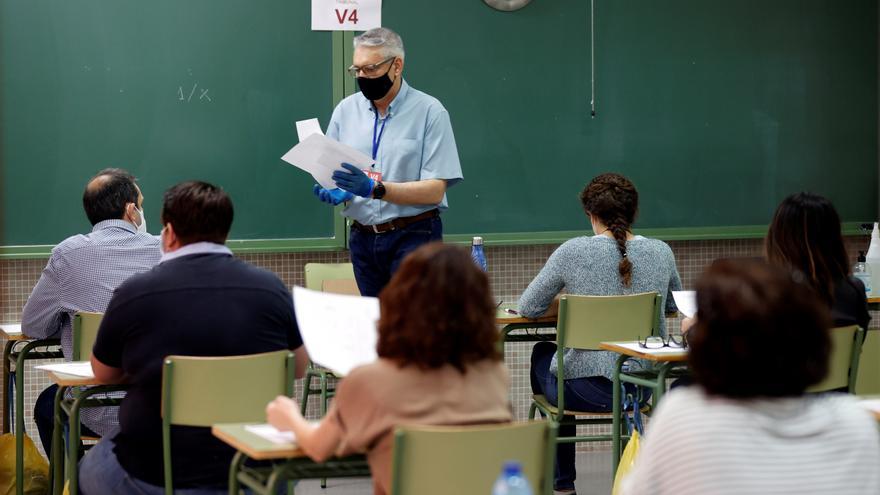 It is already done: the Council of Ministers has approved this Tuesday the (controversial) reform of the teaching oppositions. The new system that will give advantage to the current interns against the new applicants that they have never exercised, aims to comply with Europe and reduce temporary employment in the sector to 8% in three years. Education currently has 23% temporary teachers, according to the Ministry of Education.

Experience beats training: the reform of teaching oppositions is on its way to the courts

The text approved by the Government introduces a modification with respect to the first versions that were leaked: it will continue to favor the interim, but a little less. The reform presented by Education contemplates two ways of accessing the civil service: a traditional competition-competition, although modified with respect to what has been done until now to prioritize experience over training, and a merit competition, open to all but that basically only those who are currently interim will benefit and that it can only be convened once in each autonomous community.

But the Council of State, which evaluates the legal fit of the regulatory projects before they are approved, asked the ministry for a change: the access route by merit competition will be limited to "the places [estructurales] temporarily occupied prior to January 1, 2016”, explains Education. That is, the replacement ones (fundamentally, the retiring teachers) and the newly created ones will have to be offered by opposition competition, creating a double access system that the unions criticize. Although both systems are open to everyone, whoever is not interim hardly has a chance in the contest. In fact, according to applicants without experience, they also hardly have options in the contest-opposition.

The system approved this Tuesday is transitory, in principle planned for three years including this one, although most of the autonomous communities have avoided implementing the reform this year, so the bulk of the summer oppositions will be made with the old system, more balanced between interim and newly minted applicants. Education calculates that a total of 125,000 places will be offered until 2024.

The problem for interim groups is that the opposition contest designed by the Government – ​​and approved by the unions – clearly favors the current interim, according to platforms such as Teachers for Justice. As it does? Through the double path of lowering the weight of the training in the final mark of the competition, so that the accumulated experience weighs more, and eliminating the eliminatory nature of the first theoretical test, which could leave applicants behind, who later, in the contest phase, had more merits.

In the opposition contest, the number of tests to be carried out is reduced to two. There will be a first one like the current one, in which the applicant will have to develop a topic of the specialty for which he is applying, and a second in which he will have to elaborate and defend a didactic unit. The main novelty of this part is that the first test will no longer be eliminatory as is currently the case and all candidates will be able to go on to the second.

To access the subsequent merit contest, it will be necessary to pass this first part (get a 5 out of 10), which will be considered as a whole and whose grade will not be broken down. Many more applicants who will now go to the merit contest, which is also being modified. With the current system, each teacher who applies can opt for up to a ten mark by various methods: accumulating points for training, for teaching experience or for "other merits", with a complex system: training awards up to five points, experience seven and the other merits one, so that although each applicant cannot have more than a ten, they do have several ways to achieve it.

With the reform, the weight of training is reduced and experience is favored. In the final calculation, the formation will only weigh two points, while seven from experience and one from "other merits" are maintained. To count the experience points, 0.7 points will be obtained per year of experience in a public center in the specialty for which the candidate is applying, 0.35 if it is from another specialty but also public, 0.15 if he works in a non-public center or is from the same stage and 0.1 if it is from a different specialty or stage. With this method, there is only one way to get the ten: by getting the maximum in each section. Before, it was possible to make up for any lack of training or experience by reaching the maximum in the other category.

From here, the final grade for each candidate is obtained by weighting the weight of each part. The opposition will count 60% and the merit contest 40%.

Regarding the scheduled extraordinary merit contest, the maximum score may be 15 points, of which up to seven are for teaching experience, three for academic training and five for other merits, including having previously passed an opposition. This distribution of points means that although anyone can apply, it is practically impossible for an inexperienced applicant to get a place.

Ministry and unions vs inexperienced applicants

The Ministry maintains in the text that "it is considered that this design, in accordance with the provisions of Law 20/2021, of December 28, allows an adequate and balanced assessment of the skills, training and teaching experience of the applicants, with full respect for constitutional principles.

Initially, this reform had the endorsement of the unions – which tend to be made up of teachers, interim or not, rather than aspiring to be so – which, however, now regret the modification introduced. CCOO explains that last-minute changes “can put great obstacles in the way of managing these processes (...). The most relevant could imply that, instead of all competitive-competition positions being governed by the same procedure, as has been done in the stabilization process since 2018, two different competitive-competition processes should be held, one with replacement positions (retirement) and another with those of the additional stabilization rate”. In a similar line, UGT regrets that "two different procedures are generated to enter the same teaching bodies."

Many applicants, mostly new but also some interims with experience, denounce the system designed by Education as "unfair". The applicant María argued her complaints: “In a covert way this means giving the places to the interns. An inexperienced person, as is my case, the maximum mark that can be aspired to is 7.2 (according to the new system) even if they get a ten in the first test. But an interim with ten years of experience, even getting a five in the opposition (the minimum to access the contest) with little additional training that he has, would already take the place from the most prepared opponent, ”she illustrates.