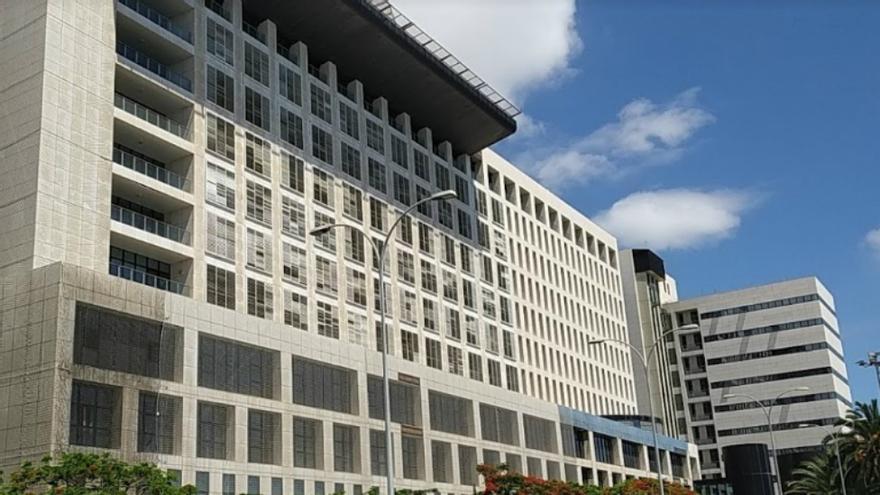 According to the Ministry of Health of the Government of the Canary Islands, at that time the Hospital had an initial workforce of 509 workers, while in mid-September 1971 patients began to be transferred from the old San Martín Hospital and that is, from that date, when this center began its healthcare activity.

However, before its start-up, specifically in 1968, due to the demographic explosion and the need of those years, the construction of a new hospital was approved.

The first building was built on an area of ​​6,000 square meters. The number of beds was 460 and the total budget for the work amounted to 390 million of the old pesetas.

The initial workforce was made up of workers from the old Hospital de Agudos del Cabildo Insular and Hospital de San Martín. It was there, where the start-up of the new Hospital was devised. The coordinator of that working group was Cayetano Guerra Alemán, the first managing director of the Hospital.

For its part, the hospital complex has as its historical dates December 6, 1968, approval by the Cabildo de Gran Canaria, in Plenary Session, of the Construction Project of the Insular Hospital; on February 24, 1969, the laying of the first stone of this Hospital; September 20, 1971, first admission to the Hospital; on September 28, 1971, the first surgical intervention; September 28, 1971, first delivery. Male weighing 3,400 grams; or June 28, 1972, when the first agreement with the National Social Security Institute was signed.

In addition, on May 28, 1973, the University of La Laguna authorized sixth-year Medicine students to take the rotating course at this Hospital; On December 31, 1988, the Management Agreement was signed with INSALUD; while in September 1989 the Bone Metabolic Unit was created.

Also noteworthy is March 11, 1994 with the health transfers to the Autonomous Government of the Canary Islands; on March 31, 1995, with the agreement in a plenary session of the Island Council, assigning the site to expand the Island Hospital; or the year 1992 with the start-up of the Hearing Loss Unit. Reference for the Canary Islands from 1997.

In 1997, the Reference Unit for Infectious Diseases and Tropical Medicine was launched; and the Canarias and Insular de Gran Canaria Maternal and Child Hospitals acquire the status of university hospitals in the areas of Health Sciences. The center is currently called the Maternal and Child Insular University Hospital Complex.

In addition, the Insular University Hospital of Gran Canaria, with a total of 503 beds, is a Reference Center of the Island of Fuerteventura for both emergency and hospitalization purposes, as well as support for specialties for the care of pathologies that exceed the level of resources offered in said Area.