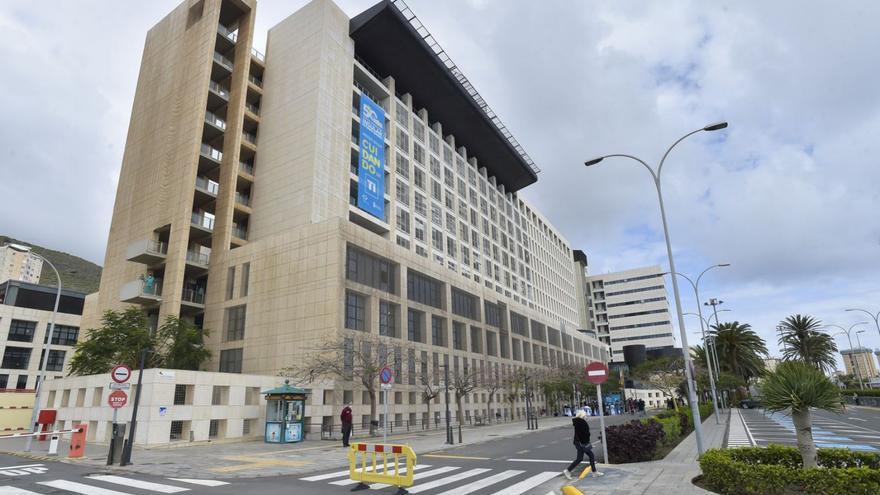 The emergencies of the Hospital Universitario Insular de Gran Canaria are the third in the entire country that generate the most complaints, only behind the hospitals of La Paz (Madrid) and A Coruña. This is stated in the annual report of the Patient Ombudsman Association, where they warn that "the personnel shortage and the structural problems of the Emergency Service of the Island of Gran Canaria have also given much to talk about, reaching an unsustainable point in the face of the march of 36 doctors in the last five years». The Association explains that the complaints it receives from public health users regarding emergencies are similar throughout the country: “overcrowded patients due to lack of space, insufficient number of beds, waiting hours to receive assistance, brutal collapse, erroneous organizational management, etc.

The managing director of the Maternal and Child Insular Hospital Complex of Gran Canaria, Alejandra Torres, assures that with respect to 2019, only the number of claims registered in the Emergency Department of the Insular Hospital related to the information given to the relatives of the patients has increased; while the rest, of a welfare and organizational nature, have decreased. “Those have increased due to lack or deficiency of information to the relatives of the patients and also due to disagreement with the Center's regulations. This may have a logical explanation, because with the epidemiological phases due to Covid we have had to restrict the access of relatives, and this is perceived as a lack of information with respect to the pre-pandemic period.

Torres expressed his disagreement with the data provided in the report by the Patient Ombudsman, due to a lack of rigor in the methodology. «On the page dedicated to the analysis of the Emergencies, it does not make it clear what criteria they have used to establish the ranking. To begin with, the name is wrong, they speak of the Insular University Hospital Complex, when it is Insular-Mother-Child, with which we cannot know if they are referring only to general emergencies, or include gynecological-obstetric and pediatric ». It also misses the assessment criteria, if it is measured based on the number of claims or by their characteristics; In addition, the number of claims is not related to the number of inhabitants or emergencies attended. “The same number of patients are not treated at the Virgen del Rocío Hospital in Seville or La Paz in Madrid, which have a much higher population than ours. The report, from a methodological point of view, has many shortcomings. We have never denied from this Management the difficulties that are being experienced in the Emergency Service, but using that to make everything worthwhile does not seem acceptable to me. Firstly, because it is a way of reviling the work done by the Center's professionals, and secondly, because it is alarming the population of the South area for no reason at all," Torres pointed out.

The truth is that the report of the Patient Ombudsman presented yesterday does not detail how many of the 303 complaints received last year in the Canary Islands -169 in the province of Santa Cruz de Tenerife and 134 in Las Palmas- correspond to that service of emergencies, but it does include a “ranking” of which hospitals receive the most complaints. It is headed by the University Hospital of the Canary Islands (HUC), in Tenerife; followed by the Insular of Gran Canaria; Our Lady of La Candelaria in Tenerife, the Doctor Negrín University Hospital in Gran Canaria; and Doctor José Molina Orosa, from Lanzarote.

The issues related to the hospitals that generate the most discontent in the Canary Islands are the emergencies, the waiting lists, the general surgery service, the traumatology service and the gynecology and obstetrics service. Of the 303 complaints received, 18 correspond to cases in which the patient died. “Issues have increased by 50, which represents a rise of 16%. But, without taking into account the data from last year, in which the interventions were reduced and suspended as a result of Covid-19, the Canarian community registers the lowest number of complaints in the last decade, 351 cases usually occur each year. », collects the report.