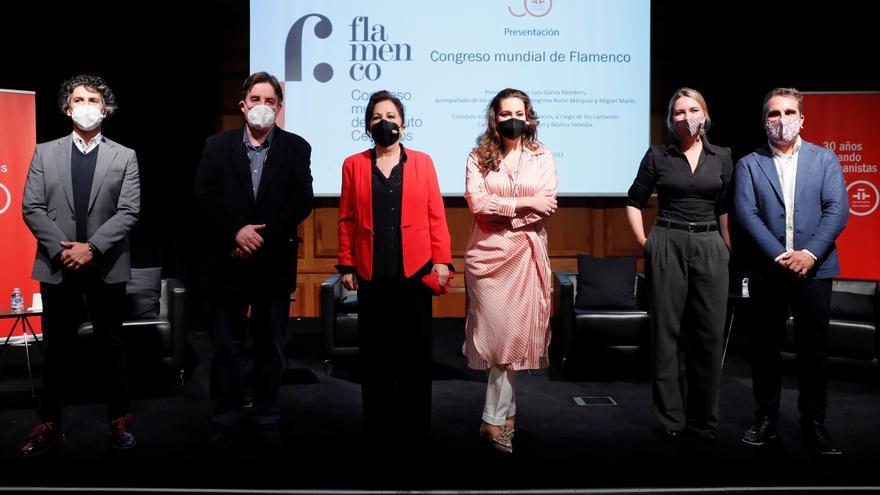 Madrid, Mar 29 (EFE) .- The Cervantes Institute will celebrate the World Flamenco Congress between this year and next, an initiative that “reaches out” to this art at a particularly difficult time with a program on four continents to treat itself to its ears. , the sight and also the mind.

“We want to celebrate the importance of a fundamental discipline such as high culture in Spanish society,” said Luis García Montero, director of this institution, at a press conference this Monday, which is sponsoring this global event as part of the events of its thirtieth anniversary.

In times of “networks, haste and manipulations”, it is a question of looking for “something that goes beyond lies and conjunctures”, indicated García Montero, who has highlighted how “poets were the first to attend flamenco”, starting with Melchor de Palau in the 19th century in his search for a path for lyricism through popular heritage.

Others such as Juan Ramón Jiménez, Antonio Machado, Rafael Alberti or Federico García Lorca followed him, “knowing that the true identity of a culture was in their people,” he added.

Among all the activities, García Montero highlighted the tribute that will be made in Buenos Aires to Enrique Morente as one of the first singers who was interested in cultured poetry and in dialogue with flamenco.

“The first time I heard a poet in the voice of a flamenco was with him, who did an extraordinary job with Miguel Hernández. It was a discovery. That poetry has given us glory and we are giving it back to him”, said the cantaora Carmen Linares, who has participated in the presentation with her colleagues Marina Heredia and Arcángel.

Based on the ideas they planned for this mythical contest, five will be the axes that will be developed, one per continent where the Cervantes Institute is present.

Thus, in the centers of Africa, the cradle of the Arab, the starting signal will be given with a reflection on how the cultural elite legitimized flamenco through this contest, “when they found in words the way to relate to this art”.

In Asia they will focus on the idea of ​​flamenco “as an exotic and mysterious art” and on the movement of the body, while in South America they will talk about emotion and itself, as defended in 1922, by the “amateur” artist. loses to professionalize.

There will be room for two notions that seem new, but have actually been a constant. In North America, for example, the division between pure and adulterated flamenco will be discussed and, from there, diversity will be discussed.

In Europe, flamenco will be discussed as an art in danger of extinction, which was precisely one of the reasons why the Granada contest arose and which will allow this congress to look to the future.

“My personal objective would be to realize things that I did not know and free myself from ideas that are in the collective unconscious and that are not mine, that are confining me,” Marín said before an offer that will go beyond shows and activities.

In this regard, Márquez explained that the purpose of the programming is not so much to review history, but to create “a space for dialogue and debate where a battery of questions are posed that do not have correct answers, no decalogues or canons, but reflection of all the prejudices that we bring “.

“It is not just about projecting outwards, but about communicating with each other, creating a bond, because only from the union are we going to achieve that a crisis like this remains in vague memory and we even leave strengthened”, said the artist from Huelva, ” excited “because” in such a delicate moment, the Cervantes Institute is holding out its hand to move forward with this congress “.