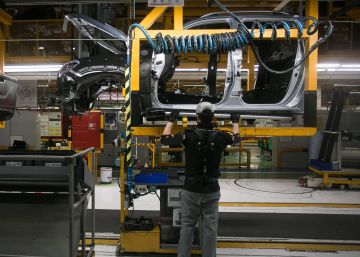 The institutional crisis and uncertainty begin to make a dent in the competitiveness of Catalonia. Although the region continues to occupy the fourth place in the classification of Spain regional competitiveness report Prepared by the General Council of Economists (CGE) and relative to 2018, loses dynamism. "In Catalonia, a good part of the relevant indicators are flat … and we attribute it to the worst institutional situation experienced," said the technical director of the study, José Sánchez de la Vega. Among them are el economic growth, foreign direct investment or business climate. And that the study does not take into account the recent events and the successive disturbances to the judgment of the you process, which according to economists could mean a worsening of the indicator in the future.

Even so, the competitiveness index (ICRET) has improved on average for all communities. The rebound has been 5.2% compared to 2017, an advance greater than the average increase registered during the last decade, and has advanced in 13 of the 17 autonomies. Madrid, Navarra and the Basque Country they are confirmed, in this order, as the most competitive autonomies, while Extremadura, Andalusia, the Canary Islands, Castilla-La Mancha, Balearic Islands and Murcia are located at the other end, according to the results of the study presented Tuesday in Madrid.

This is the third edition of the report on the regional competitiveness index prepared by the CGE, an indicator that is constructed from 53 variables grouped around seven axes: economic environment, labor market, human capital – a novelty introduced this year -, institutional environment, infrastructure, business efficiency and innovation. "The objective is to analyze territorial competitiveness, the ability to provide an attractive and favorable environment for economic growth and obtain better levels of well-being for the population," said Patricio Rosas, coordinator of the study.

Catalonia is not the only region whose competitiveness has stagnated throughout 2018; The same has happened in the Basque Country, La Rioja and Murcia. In Asturias, Castilla y León, Cantabria and Valencia the progress has been slight, while in Extremadura and Castilla-La Mancha it has been more intense. With respect to 2017, the Basque Country descends a position being surpassed by Navarra, Asturias goes down two steps in favor of Galicia, which climbs two places. Despite the bad behavior of the Basque Country and Catalonia, these two regions, together with Madrid, continue to represent the country's competitive triangle.

The report notes the existence of a competitiveness gap between the Spanish regions and it divides them into two groups: those with high and medium-high index, which are Madrid, Navarra, Basque Country, Catalonia, Aragon, and those with a medium-low and low index, where the rest is, with Extremadura at tail. "With respect to the previous editions, the convergent pattern is not so evident. There are three communities of the high group that behave well and two that do not, and in the lower part, a remarkable Murcia flat behavior," Sánchez de la Vega has analyzed. In this scenario, La Rioja and Murcia worsen their situation and pass, respectively, from the level of competitiveness medium-high to medium-low and from medium-low to low.

Economists have stressed that the lack of government will take its toll on the competitiveness of the regions in the future, and have pointed out that the atony of Catalonia may have a drag effect on other autonomies. "No one is missing that in 2019 there has been much more uncertainty," said Valentín Pich, pCGE resident. "The public sector, which manages 40% of our GDP, is decisive because it sets the rules of the game."

Sánchez de la Vega said that the Catalan situation could have caused a certain displacement of the center of gravity of a competitive triangle in terms of foreign direct investment, a variable that has had a good evolution in Navarra and Madrid. But he has clarified: "That it was for the investments that in principle went to Catalonia could be an answer, but it would be very risky". The technical director of the study has indicated that the average growth in the Catalan case has been quite unfavorable in the last decade, but the same has happened in the Basque Country. "The difference with Catalonia, where it seems that the situation tends to become entrenched, is that in the Basque Country it could be temporary."