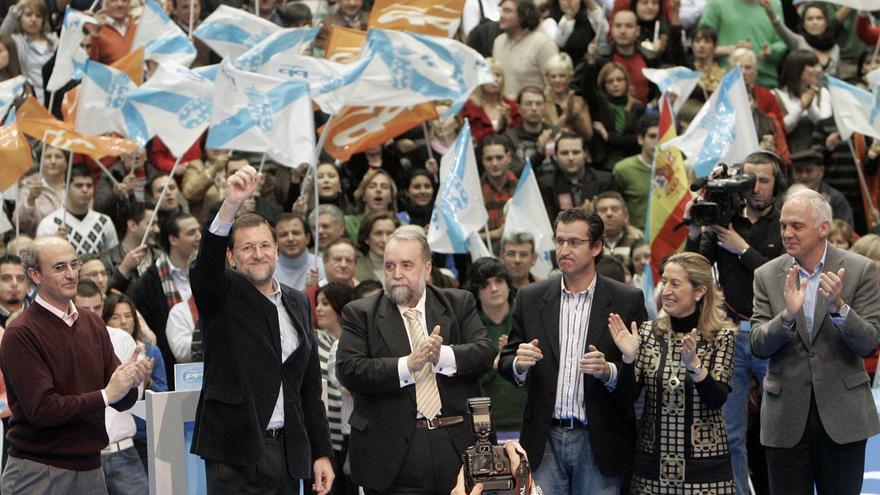 More than half a million euros. It is the amount that the Treasury claims from the Operator of the Organized Gas Market in the Iberian Peninsula (Mibgas) for the VAT of 2018, a year in which this company, which is financed by consumers through the gas tariff, is still had as president Antonio Erias, former deputy of the PP.

Erias was placed by the Government of his friend Mariano Rajoy in that position when Mibgas was created, whose references allow estimating the wholesale price of this raw material in Spain, protagonist for its determining effect in the successive records of the light of this 2021 because of the design of the electrical wholesale market.

The conflict with the Treasury starts one month after Erias’ cessation, on March 22, 2019. The Treasury began an inspection of the VAT for the 2018 financial year regarding the remuneration that Mibgas receives from the National Commission of Markets and Competition (CNMC) .

“The Tax Agency considers that the aforementioned remuneration, being a consideration for the provision of subject services, constitutes a tax base for VAT and, therefore, the Company should have declared the aforementioned amount,” explains Mibgas in its accounts, accessible through from Insight View.

In December 2019, and “after receiving the settlement agreement for an amount of 554 thousand euros, the Company filed an appeal for reversal, which was dismissed on January 16, 2020.”

Mibgas appealed the settlement before the Regional Economic Administrative Court (TEAR) of Madrid on February 7, 2020, and has maintained that criterion with VAT after the departure of Erias and the arrival of its current president, Raúl Yunta.

This has led to another inspection and the signing, on January 14, of a new Act of Disagreement, with another fee to be paid of 301,903 euros.

“The company’s auditors are aware of both inspection procedures and do not estimate the existence of a risk for the Company and its accounts,” Mibgas sources point out. In fact, the operator has not recorded any provision for these litigation. It considers that “there is a high probability of success in the appeal presented.”

Its criterion is supported by a query raised by the CNMC before the General Directorate of Taxes (DGT), which issued its conclusion on February 6, 2020, the eve of the presentation of that first appeal before the TEAR. According to Mibgas, it “confirms” that the amounts it receives from the CNMC “do not determine the existence of a legal relationship between it and the organized gas market operator.”

Both “reciprocal benefits are exchanged”, for which, he assures, the Tax department “concludes that the amounts received from the CNMC do not constitute the consideration for any transaction subject to VAT and that their perception will not be subject to said tax.”

Erias, professor of Applied Economics at the University of A Coruña, landed in Mibgas in 2015 from the Congress. There he was for years spokesman for Energy of the PP, after being a councilor in A Coruña and vice president of the provincial council. Ceased leaving the operator at a loss after guaranteeing a compensation of 724,000 euros for his dismissal, lower than his claims and in addition to his more than 400,000 euros gross annual salary.

In total, Erias received some 2.4 million for his services in the company during a term in which the CNMC would drastically adjust Mibgas’ remuneration downwards. In a harsh report, the agency questioned its high personnel costs, with an average cost per employee “higher than that of the rest of regulated companies that carry out similar or comparable activities” (REE, the electricity market operator OMIE and Enagás).

Competition forced to leave out of the items subject to regulated remuneration (at the expense of the consumer) the allowances of the directors of Mibgas and the amortizations derived from one of the first decisions of Erias when he arrived at the company: to buy a car valued at about 62,000 euros.

Like its largest shareholder, the Iberian Energy Market Operator (the entity that sets electricity prices every day), Mibgas has private capital. Its shareholders are Omel (32.13%), its Portuguese equivalent OMIP (10%), Enagás (13.3%), the Portuguese REN, companies in the electricity and oil sector and some financial entities, among others. It is financed by the users (through gas receipts) and the Secretary of State for Energy has a decisive role in it, which must approve the appointment of its highest authority.

Since the arrival of its current president, Mibgas has been gaining prominence as a gas trading platform in the Iberian market, managing 20.4% of demand until September, 7.4 terawatt hours (TWh). With Erias, that percentage never exceeded 10%.

Its daily price references, which have skyrocketed in recent months due to the global energy crisis, although last Friday, despite the closure of one of the two Algeria-Spain gas pipelines, fell more than 12% and the European reference TTF marked its lowest level in two months, as more Russian gas deliveries are expected from November. Mibgas prices have been used to calculate the cut in the remuneration of electricity companies approved in September due to the effect of the exponential rise in gas in the electricity pool. A severe adjustment that the Government just correct exempting bilateral contracts to try to guarantee “reasonable” prices to the industry, in the expression of the third vice president, Teresa Ribera.