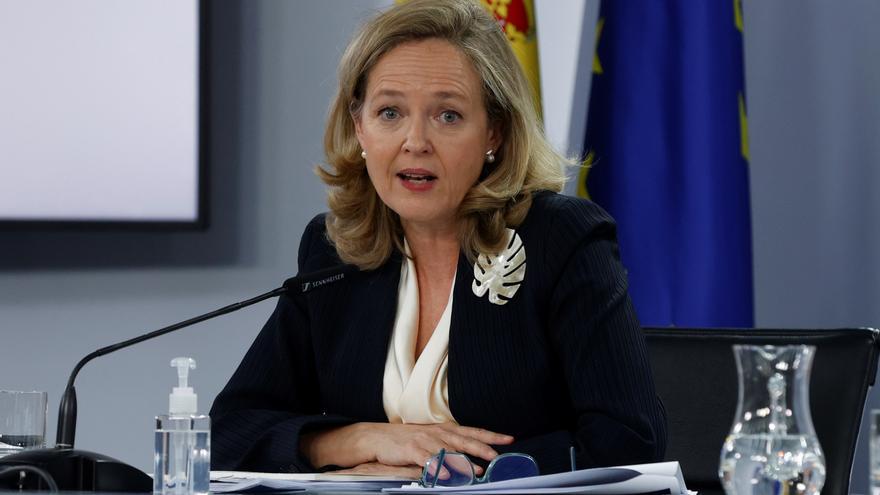 The National Institute of Statistics (INE) has revised the growth of the Spanish economy in the third quarter of the year by six tenths, so that the rise in GDP reaches 2.6%, according to the National Accounts data published this Thursday .

The Ministry of Economic Affairs has sent a statement that highlights that "these data show a solid growth pattern, with positive contributions from national and external demand." In the third quarter, national demand registered a growth of 1.1%, (0.9% more than estimated) with a positive contribution from almost all the components, highlighting the upward revision of consumption, which registers a growth of the one%. With regard to the foreign sector, exports of goods and services grew above what was previously estimated, to 7.1%, and imports of goods and services by 2.2%, in quarter-on-quarter terms.

The INE threw a jug of cold water on the Government when it revised the GDP growth figures for the second quarter (it reduced growth from 2.8% to 1.1% in those three months). Since then it has generated a controversy over whether the INE has correctly accounted for the growth data taking into account that in November the highest registered affiliation level was reached, with a record of 19,771,613 people working, and tax collection has grown by 16% between January and October compared to 2020.

With the new revision, the economy has registered a growth of 3.4% of GDP in the last year, seven tenths more than the initial estimate, which is derived from a revision of one tenth downwards in the first quarter, an increase of one tenth in the second and the revision of six tenths in the third.

In the third quarter, employment maintained its growth dynamics with an increase of 0.3% in hours worked, highlighting the increase in full-time employment, which registered a rise of 3.9%, due to the constant reduction in workers in ERTE and the recovery of the labor market.

Productivity has increased to 2.4%, which allows for the first time in the last year to stand at positive interannual rates, with growth of 0.1%.

The review of GDP growth by the INE is not trivial, since the rest of the institutions that make economic forecasts are based on data from the economic body to define their projections. The general director of Economy and Statistics, Óscar Arce, explained a week ago during the presentation of the economic forecasts report of the Bank of Spain that for its preparation "the element as given is the National Accounting data provided by the INE. We cling to what the INE says. There is no discussion if the estimate is good or not, for us it is ".

At that time, Arce did not rule out upward revisions: "I don't want to speculate. Some things could have gone somewhat better, such as total sales, where the tax agency gives the feeling that they could be better, but that information has it the INE, which are the ones who will have to do a review. It is early. More evidence must be accumulated, but it is not ruled out that there will be reviews as it happened before downward. "

The INE explains that the revision is due to the incorporation of "some additional sources available for all the months of the quarter that complemented the usually used and advanced estimates of indicators based on administrative data, in line with the recommendations of Eurostat and other organizations. international statistics ".

The statistical agency adds in this sense that "the quarterly results of the Non-Financial Accounts of the Public Administrations and the Balance of Payments are integrated. Logically, in the analysis of the reviews observed on the advanced results, the difficulty must be borne in mind inherent to statistical measurement in a period of economic activity changes as abrupt as those experienced in recent quarters ".