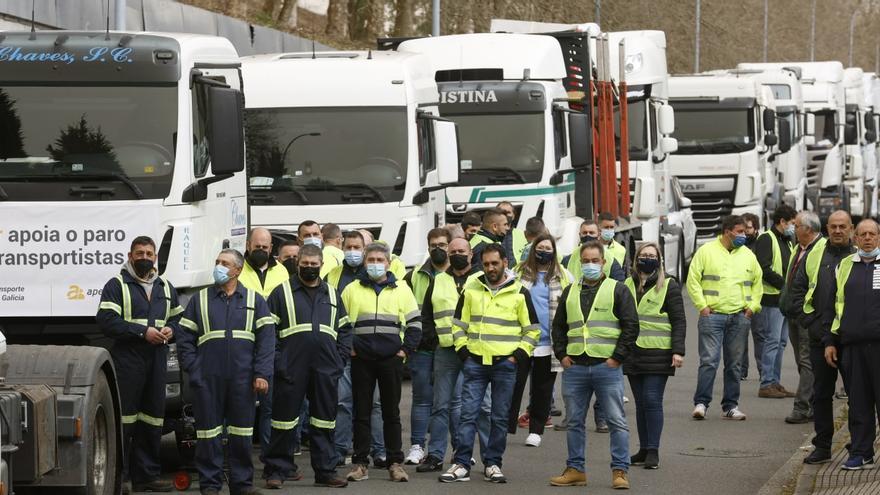 The Alliance for the Competitiveness of Spanish Industry, made up of the employers' associations ANFAC (automotive), AOP (refining), ASPAPEL (paper), FEIQUE (chemicals and pharmaceuticals), FIAB (food and beverages), OFICEMEN (cement) and UNESID ( steel industry), has urged the Government this Friday to advance the reductions in fuels due to the strike of transporters and to take "forceful measures" to lower their price in the face of the "critical situation" that the factories are going through due to the stoppage of activity as a consequence of the protests.

The alliance points out in a statement that “the serious problems to maintain industrial activity and the free movement of goods have resulted in factory stoppages in all sectors with a very high economic impact on the Spanish economy. The problems are going to get worse if the violent actions are not stopped, with irreparable consequences.”

The note comes after this alliance on Thursday requested the intervention of the Administration, and specifically, the Ministry of the Interior, in the face of the violence of the protests.

“At this time, in addition to guaranteeing respect for voluntary business activity and the free movement of goods through the actions of the Ministry of the Interior, it is necessary for the Government to take urgent measures to resolve the conflict, promoting forceful measures as soon as possible to lower the price of fuel, as they have done in other European countries, and advance the measures that are planned for the shock plan of March 29, because it is now when they are necessary ”.

The five days of picketing due to the transporters' protest already leave a balance of six detainees, 34 investigated or reported and 595 identified, according to data provided this Friday by the Ministry of the Interior, which has mobilized for the second consecutive day more than 23,000 police officers before what it describes as "illegal unemployment", which the Government has linked to the "far right".

Through internal channels and without publicity, the food industry contacted the Ministry of Agriculture on Thursday night to warn of the "absolutely dramatic" situation that the protests are producing and its consequences. “There will be a serious shortage in the coming days”, the general director of the Spanish Federation of Industries and Drinks (FEIB), Mauricio García de Quevedo, has communicated to the general director of the Food Industry, José Miguel Herrero, in an email to which elDiario.es has had access.

The Minister of Finance and Public Function, María Jesús Montero, has indicated this Friday, before the possibility of negotiating with the unemployed carriers, that the Government “never refuses to sit down with anyone, but it cannot be held hostage by the blackmail they may be producing certain collectives”.

Montero has highlighted that, in his opinion, "it is not being a strike, but a boycott", which he believes is "taking advantage" of the extreme right, and has warned that "those who are preventing the products from reaching" their destination, "are playing the game of Putin” that seeks “instability in all European countries”.