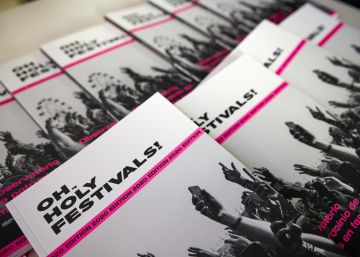 Neolabels and Fever have presented this week the II Observatory of Brand Sponsorship at Festivals: Oh, Holy Festivals! This report shows that, far from being a punctual phenomenon in time, the music festivals They do not stop growing in Spain and already account for 59% of the income of live music.

In total, in 2018 about nine hundred festivals were held throughout Spain, and there is no province in the whole territory that does not have one. Of course, the names influence and only the 15 largest events concentrate more than 30% of the public. By communities, the one that hosts the most events of this type is Catalonia with 172, followed by Andalusia and Madrid.

The study reconfirms that the audience attending these shows continues to increase -He did it up to 10% in 2018-, making the number of attendees touch the six and a half million. Parallel to this trend, we can see the fact that the summer season - the one with the greatest number of festivals concentrates - is increasingly lengthening, increasing the number of events held during the months of May and September.

If we talk about musical genres, in 2019 the festivals of varied style, those that mix in their poster artists of different genres, have for the first time disbanded in amount to the style that made these events reign, the indie. Metal punk and rock complete the podium after outnumbering the appointments dedicated to electronic music.

As for the brands most present at festivals, alcoholic beverages and soft drinks bring together almost 50% of the sponsorship agreements, a list led by Coca-Cola and Jägermeister. In this sense, 60% of the brands ensure through a survey that their budget dedicated to festival sponsorship has increased in the last year, while the same percentage ensures that in 2020 this amount will be maintained or increased.

The report also collects the results obtained in a survey of more than 4,300 festival ticket buyers, in which 80% consider the presence of brands at festivals positive, mainly because it affects the lower price of tickets. However, 56% believe that all brands perform very similar actions at all festivals and that these should be differentiated with more original activations.

The majority of festival goers have higher education and ensure that the most important thing in a festival is the poster, followed by the price of admission, the atmosphere and the location of the event. Given these reasons and according to the data offered by the music festivals themselves, the Medusa Sunbeach de Cullera, in Valencia, is the event of this type that brings together more public in Spain. He says to exceed 300,000 attendees, a figure that has also reached for years the most desired festival by the youngest, the Arenal Sound of Burriana, in Castellón. Both are in the Valencian Community, national festival epicenter, and are celebrated for almost a week, which is why their number of attendees is so bulky.

The truth is that the sea and more specifically the Mediterranean, attracts most of the most demanded events of the year. Next, the 15 Spanish festivals with more public of 2019: