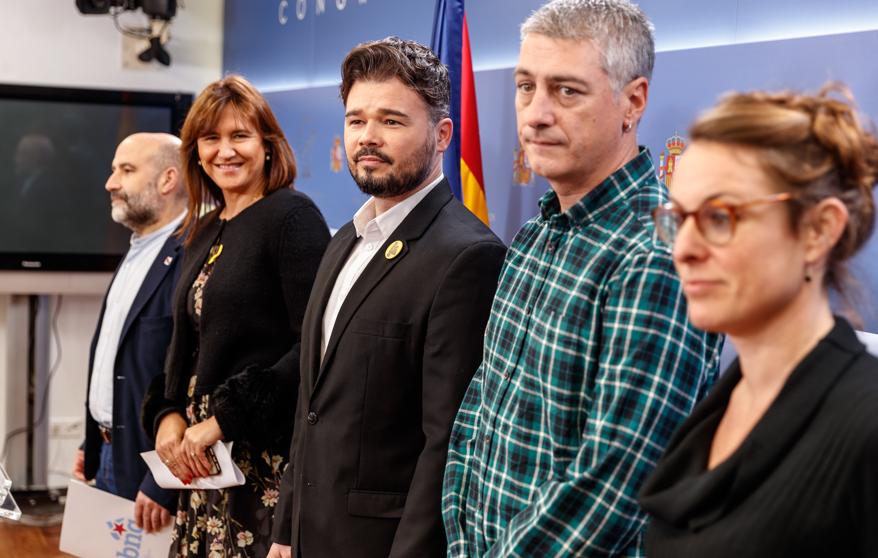 The perseverance of JxCat, ERC and the CUP so that the total confinement in Catalonia is maximum. Day after day they have insisted on it. But the Government of Pedro Sánchez has turned a blind eye to the measures proposed since Govern to prevent the spread of the coronavirus. It does not matter if the request is sent out loud, directly in writing or through third parties and trying to put pressure on the main European leaders through letters. No way. For this reason, the three political formations have wanted to go one step further and will demand tomorrow in the Congress to move for all the State the model of total confinement that the Govern of the Generalitat As a speaker of the Catalan demand, he has proposed time and time again. If their request is not met again, the three parties plan to abstain from the vote so that the state of alarm is extended for 15 more days. ERC has already announced that this will be the case.

The total confinement that he proposes to the Generalitat is more restrictive than that of the Moncloa. Calls for a ban on the movement of any person or vehicle that does not belong to basic services or to sectors that guarantee the food chain and food supply. The rest, at home. In addition, they require the closure of airports, ports and rail lines.

It is the model that both JxCat and ERC and the CUP propose “because the scientific community is saying so and they are applying it in other countries”, and that the independence movement believes that Sánchez “does not apply because” Quim Torra simply demands it “, independentista sources affirm.

The independence movement believes that Sánchez will end up bound by the circumstances of the crisis caused by the Covid-19. “It will fall under its own weight.” Or as agreed by Meritxell Budó, Minister of the Presidency, or Natàlia Sànchez, deputy of the CUP, the authorization in Catalonia to apply the total closure “sooner or later will end up arriving”.

The Catalan Executive has not calculated the economic impact that a closure such as the one requested could have, but yesterday Torra admitted in a videoconference with representatives of the Catalan business community “the extreme harshness and severity of the measures” that they request. That is why he accompanied him with a request for “commitment and solidarity.” Budó also assured that the priority is to guarantee the health of the citizens: “This Government, if it has one thing clear, is that between lives and the economy, it chooses lives.”

The Government spokeswoman also called on the central executive not to wait as long as Italy to toughen the containment measures, since she believes that the Italian government has chosen this option “after a month of half-confinement.” Likewise, the minister relied on the claim of total confinement made yesterday by the Murcia region. In fact, they celebrate that more and more voices in the State are betting on more drastic measures along the lines of what the Government is asking for, as Torra revealed after the conference of regional presidents.

ERC yesterday laid the first stone to express discontent in Congress. The spokeswoman, Marta Vilalta, announced that if all of Spain is not totally confined, her party will abstain in tomorrow’s vote to extend the state of alarm. The republicans will send their amendment to JxCat, the CUP, Bildu and the BNG, so that they adhere.

Beyond its translation into votes, it is clear from the post-convergent ranks that they will support all the proposals for maximums to stop a pandemic that, they regret, “has worsened” in recent days, a fact that, in their opinion, demonstrates the urgency of moving forward The sooner the better the total confinement that has been preached for days from the Generalitat.