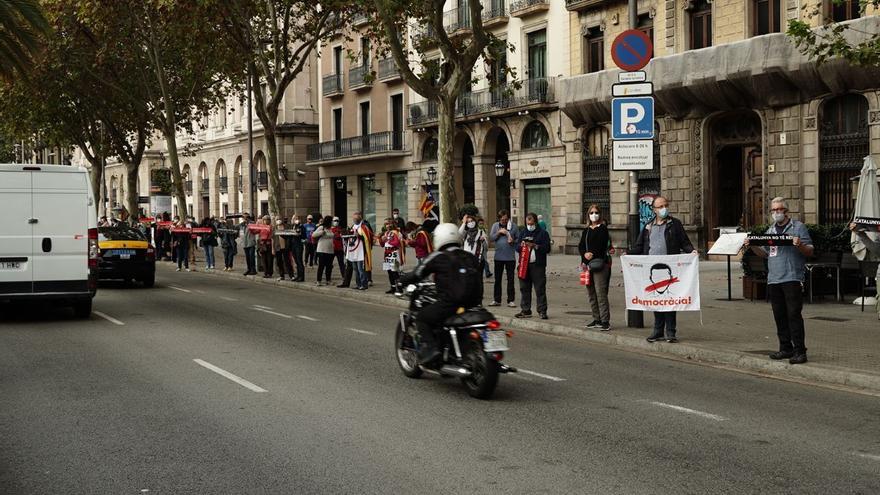 The center of Barcelona has dawned this Friday armored by the police, who have set up a large perimeter around the Estación de Francia, where the King is scheduled to attend this morning together with the President of the Government, Pedro Sánchez. Both have arrived between 10:20 and 10:30, the scheduled start time of the event.

In front of the security device, the CDR protesters who had been summoned near the Mercat del Born have moved to Arc de Triomf, where a hundred protesters were waiting at 10:15 for the start of the protest with flags and firecrackers.

The other protest called was that of Òmnium and the ANC, which have organized a human chain of pro-independence activists that goes from the statue of Columbus to the police perimeter.

In a device that has agents from the Mossos, National Police and the Urban Guard, all adjacent streets have been cut off with numerous fences to prevent protesters from approaching. The agents did not let anyone pass, not even the press, and they asked all the neighbors for identification.

At some points the perimeter is more than half a kilometer long and during the early morning all the containers have been removed from the area to prevent the protesters from setting up barricades.

L’Oréal launches its new brand of organic cosmetics in Spain