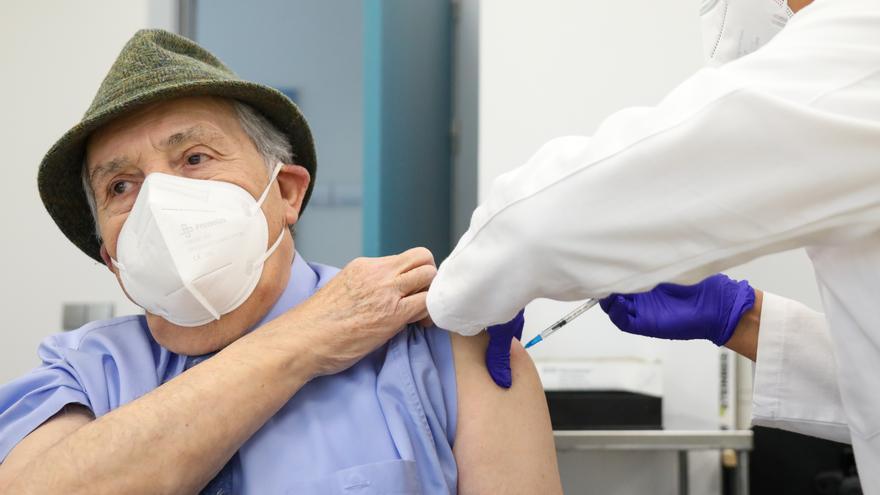 The incidence remains stable and stands at 49.86 cases per 100,000 inhabitants, two tenths more than this Thursday, with which Spain continues in the low risk range of transmission of the coronavirus, according to Health criteria. On October 14, the incidence curve registered lows that had not been seen in more than a year, with 40.52 cases. From that moment on, it started to climb again and until now it has presented different descents and ascents.

The hospitalization figures continue to decline: both the percentage of bed occupancy (1.33%) and that of ICU occupancy (4.48%) registered a decrease this Friday.

46 deaths have also been reported, making a total of 87,368 deaths since the health emergency situation due to COVID-19 began. In the day before Thursday, Health reported 33 deaths.

The Ministry of Health has notified 2,261 new infections, an increase compared to the infections this Thursday, when 2,212 positives were registered. In total, more than five million people (5,011,148) have tested positive for coronavirus.

By age group, the incidence cases in children under 12 years of age, who have not yet entered the vaccination campaign, continue to rise and this Friday they reported 64.89 cases per 100,000 inhabitants. On the other hand, the other two strata that present higher rates, people aged 30 to 30 years, and those aged 40 to 49, register a stable incidence with respect to previous days, with 53.78 and 53.71 cases respectively. On the other hand, people between 12 and 19 years of age report a lower incidence, with 29.68 cases.

Catalonia, with 471 infections; Madrid, which registers 341; and Andalusia, with 331, are the regions that report the highest number of positives.

The Basque Country does not foresee more restrictions due to the rebound in COVID-19, but neither does it allow eating at the cinema

The Health Minister, Gotzone Sagardui, has been clear on the management of the pandemic: “In Euskadi we have done better than in other autonomous communities”. A survey published this week has been supported by the data, which gives an 8.6 to health workers and a 6.3 to the Government. With this argument, Sagardui wanted to clear up the doubts that the Basque Country has been raising for several days leading the incidence rates of COVID-19 in Spain, with up to 30 more cases per 100,000 inhabitants in 14 days. Two weeks after the health emergency ended, the data has returned to the yellow risk level, the second of the four alert levels.

Spokesmen for PP + Cs and Vox have asked Sagardui this Friday about the evolution of COVID-19 and a possible new wave in the control session of the Government held by the Basque Parliament this Friday. The Health Minister, who has not offered any information on the arrival of the delta plus subvariant of Sars-Cov-2, which is already spreading in other places, has acknowledged that there is a “moderate” but “growing” rise in contagions but has clarified that “the speed is not higher in other communities” and that the increase does not yet have an unaffordable reflection for the hospital network. “The adoption of new measures has not been considered,” he explained, although he also stressed that it is important to observe the few now in force and that the evolution is observed daily in case it is necessary to change your mind. From the PP + Cs bench, Laura Garrido has emphasized that the highest data in Euskadi cannot be explained precisely by doing more tests, as has been argued in previous waves, since there are a dozen communities with a higher volume of CRP and antigens in relation to the population.

Shaved ratopines hide the secret of survival without oxygen

Shaved ratopines hide the secret of survival without oxygen