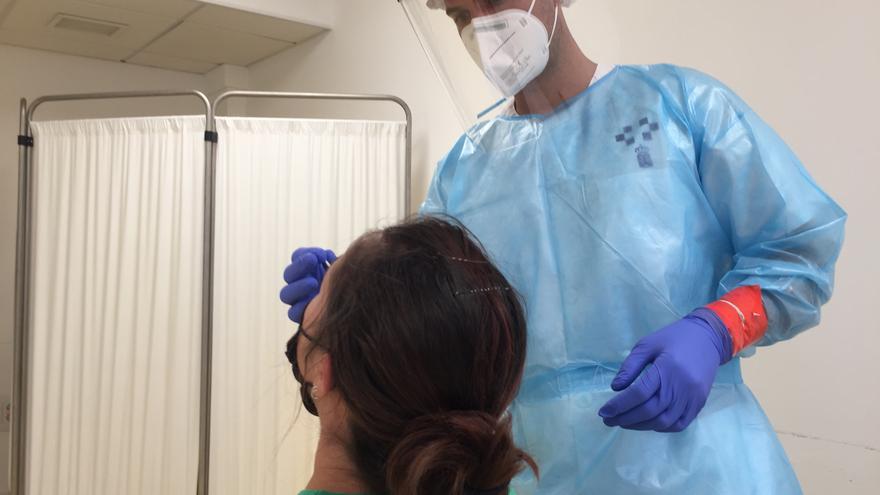 The coronavirus outbreaks associated with young people complicate the first stages of this summer. The incidence rate exceeds 204 points after shooting more than 50 since Friday and reaches 640 among young people. The meter is triggered in all the autonomous communities except in Castilla-La Mancha where it descends and Melilla, which remains the same. Since last friday, 23 people have died with the disease and more than 32,000 people have been infected. This is the worst data in relation to the number of infected for a Monday since the beginning of February.

For several weeks, the age groups in which this rate has skyrocketed are those ranging from 12 to 49 years of age. Primary Care and public Health services fear that macro outbreaks like the one in Mallorca complicate the control of the contagion curve that does not stop growing.

Since last Tuesday, the Ministry of Health includes the breakdown of the accumulated incidence in age groups and that of 20 to 29 is the one that grows with the most force. The indicator of the previous Tuesday in this group stood at 251; today it stands at 640. In the previous range, that is from 12 to 19 years, the cumulative incidence stands at 584 points and, in that of 30 to 39, it reaches 248.

The worst data in the cumulative incidence in the group aged 20 to 29 years are registered in Catalonia with 1,589 points, Cantabria with 1,419 points and Castilla y León with 1,061.

The communities in which the most coronavirus infections are occurring are Catalonia with 12,385, Andalusia with 4,077, Comunitat Valenciana with 3,662, Castilla y León with 2,507 and Madrid with 2,246.

The increase in infections translates into greater hospital pressure. Barcelona hospitals have begun to notice the explosion of coronavirus cases this early summer. From June 25 to July 1, 21,658 cases have been diagnosed in Catalonia, almost five times more than the previous week, when 4,559 were detected. This week, a large outbreak originated in Salou is especially worrying, that has infected 700 Navarrese students and it has forced to reduce the hours of the discotheques.

During a press conference, Fernando Simón wanted to send a message to young people: “It is not because they are young, it is because they are groups that are not vaccinated, or less vaccinated” than the older ones, he said. “Older people showed an important responsibility at the time, and were vaccinated between December and February. We have asked young people for the same effort, but they have had to extend it more ”. He has even thanked young people for their behavior during these 17 months of the pandemic.

More than 40% of the population has received the complete guideline

More data for optimism. More than 40% of the total Spanish population has received the complete schedule of the COVID-19 vaccine after 1,166,638 vaccines have been administered since Friday. In total, the autonomous communities have already injected 43.9 million vaccines and 55.9% of the population has received at least the first puncture, that is, 26.5 million people. The vaccination campaign continues apace and Spain hopes to reach the goal of vaccinating 70% of the population with the full schedule before the end of August.