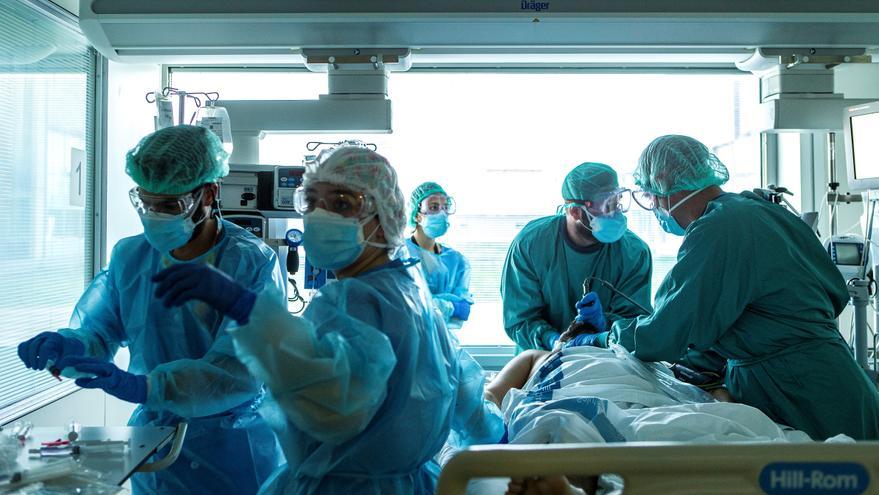 The Ministry of Health has reported 15,501 new coronavirus infections since Friday, which last weekend amounted to 16,471 cases in part due to the San José bridge, which extended the weekend one more day, making it difficult to equate both weeks . In total, since the start of the pandemic more than a year ago, 3,270,825 positives have been diagnosed through tests.

The deaths registered by the Health report during this weekend totaled 189, while the past was 633, also due to the peculiarity of adding one more day to the weekend. However, Aragon has subtracted 38 deaths from those recorded until last Friday, bringing the total deaths from coronavirus to 75,199.

The parameter that is comparable is the accumulated incidence, which in this balance reaches 149 cases per 100,000 inhabitants in the last 14 days, while on Friday it stood at 138.63 cases. The data, which has not stopped growing since last Wednesday, March 17, is increasing at a faster rate, which moves Spain a little further away from the goal of less than 50 cases imposed by Health.

Meanwhile, the vaccination plan continues in all the communities, which have already administered 7,571,439 doses, 89% of the total available. In total, 2.6 million people have already received two inoculations, those necessary to develop immunity, a figure that represents 5.29% of the population.

Most of those vaccinated have received the drug from Pfizer / BioNTech, of which 5,733,355 doses have been applied, while the number of people who have been inoculated with the AstraZeneca is 1,400,683. Meanwhile, 437,401 doses of Moderna have been administered.

By communities, Andalusia leads the ranking of total injected doses, with 1.4 million, closely followed by Catalonia (1.2 million) and Madrid (995,208).

With the official data as a reference, several scientists and researchers have written five articles in which they question that the management of the pandemic in the Community of Madrid has been successful. It is a replica to a scientific publication of the group The Lancet, signed among others by the Deputy Minister of Health, Antonio Zapatero, and the general director of socio-health coordination of the region, Francisco Javier Martínez-Peromingo, who obvious cascade of figures that put in question the management of Isabel Díaz Ayuso. “We believe that the authors have used a scientific platform to praise government policies without objective data,” wields one of the replies.