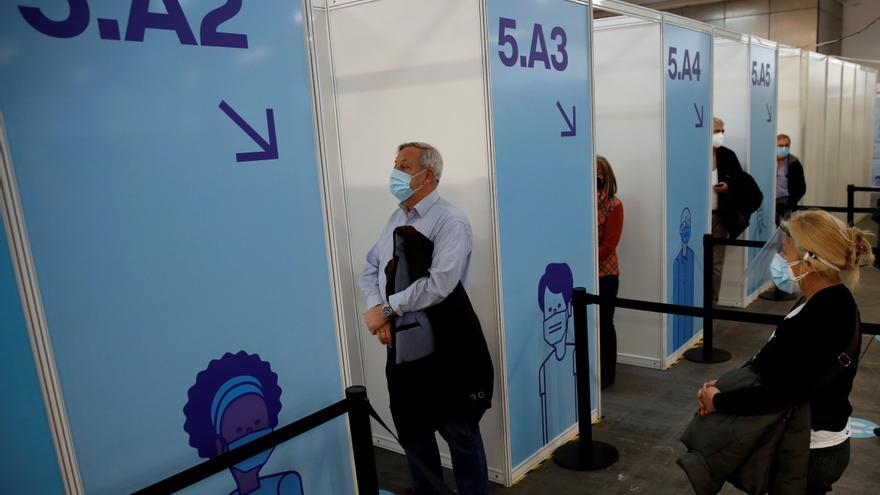 The incidence rate at 14 days has registered a new rise this Thursday and has reached 93.19 cases per 100,000 inhabitants. Yesterday the incidence stood at 92.57 points and registered the first daily rise, although of just a few tenths, since the end of April, when the peak of the fourth wave was reached.

Some communities have shown their concern this Thursday after a study trip to Mallorca has generated a macro outbreak of more than a thousand infected. The Community of Madrid, among others, fear that this case will affect the incidence in the coming days.

The Ministry of Health, in its latest daily report, has reported 4,507 new infections in the last 24 hours, which is also an increase compared to the 4,341 registered yesterday, and raises the total number of COVID infected during the pandemic to 3,777. 539.

Health authorities have also added 18 deaths, bringing the death toll from COVID to 80,766.

Meanwhile, the vaccination campaign is progressing. Spain has broken a new daily record after administering 733,245 doses in the last 24 hours. With this, there is already almost a third of the population completely immunized (32.9%), more than 15.6 million people.

Yesterday, Wednesday, it was also possible to reach half of the population vaccinated with at least the first dose. After the injections given today, 50.7% have that first dose, more than 24 million people.

About 82.7% of all people over 40 have the first dose of the vaccine and almost half of that group is fully immunized, that is, they have either one dose of Janssen or two of Pfizer, Moderna or AstraZeneca.

A macro outbreak among students forces to intervene to Health

A study trip to Mallorca for second year high school students after Selectivity has generated a macro outbreak with almost a thousand of affected people throughout Spain. At the moment, outbreaks have emerged in Madrid (245 infected and 452 people in isolation), Gipuzkoa (49 cases and 250-300 pending a PCR) and Elche (32 positives). According to Efe, there are also affected in Cantabria or Murcia.

The Ministry of Health is already working on coordinating this mega-outbreak and, in the case of Euskadi, sources from the Department of Health have indicated that the samples will be analyzed to determine if the delta variant is involved. Several councilors expressed their concern about these cases in the inter-territorial council on Wednesday.

Guide on the new use of masks: where yes, where not and exceptions

Spain joins the rest of European countries where the outdoor mask is not mandatory. This was confirmed this Wednesday by the Minister of Health, Carolina Darias, after the Interterritorial Health Council held with the councilors of the autonomous communities. “All the indicators indicate that we are on the right path and, with the very high vaccination rates, it is advisable to start introducing more flexibility,” said the Minister of Health. Not surprisingly, our country has reached 50% of the population this Wednesday with at least one dose of vaccine and has set a new record for doses administered in a single day.

The measure has been included in the Royal Decree Law on making the mask more flexible and will be approved this Thursday by an extraordinary meeting of the Council of Ministers. On this link You can read several questions and answers that this new step towards a new normal very similar to the old has awakened.