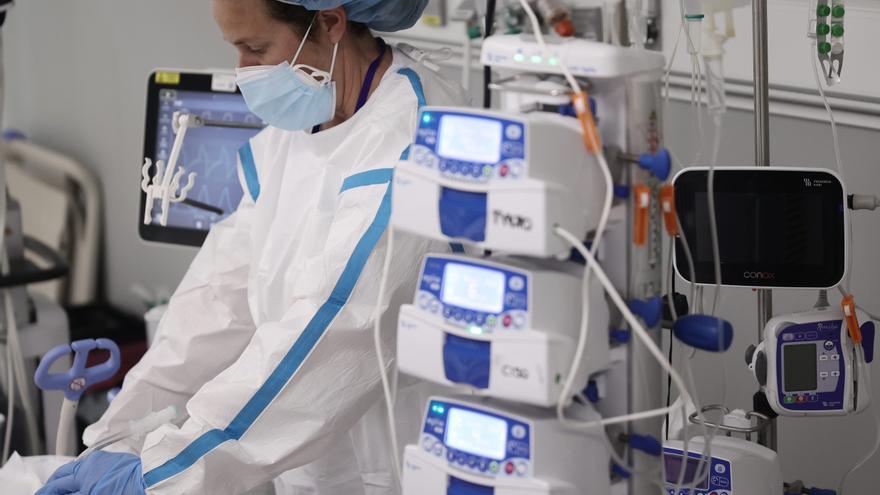 The incidence curve continues its upward trend. This Tuesday, the rate in Spain rises to 139.1 cases per 100,000 inhabitants, seven points more than this Monday, when 132.19 cases were reported. Navarra remains at the head of the autonomous communities with the highest incidence, and on this day almost 400 cases are reported for every 100,000 inhabitants. Although the general trend is upward, the weekly incidence for people with the full COVID-19 vaccination schedule is 23.1, while the unvaccinated have a weekly rate of 64.5 cases.

In addition, the Ministry of Health has registered 6,777 new infections, while on Monday it reported 15,875 positives after the weekend. In total, 5,103,315 people have been infected with the coronavirus since the pandemic began.

On the other hand, 34 deaths have been reported this Tuesday from COVID-19, while 22 deaths were recorded on Monday. 87,866 people have died in Spain since the beginning of the epidemiological crisis.

The profile of the unvaccinated, according to the CIS: young people, Vox or abstainers

The latest CIS sheds some light on the four million people who should have been vaccinated in Spain and have not. According to data from the Ministry of Health, we know that they are mostly young people –in the age group between 20 and 49 years, vaccination coverage is lower–, but the survey of the Sociological Research Center allows us to draw a more detailed profile by crossing recall data from vote, ideology, class identification or studies.

The data draw a very heterogeneous portrait of the unvaccinated in Spain: present equally in rural and urban areas, upper and lower class, men and women or different educational levels but more numerous in conservative or apolitical environments, youth and migrant population. It should be borne in mind that the unvaccinated in Spain represent a very small percentage compared to most countries in the world. In addition, the results are based on what the respondents have answered. From the start, it can already be seen that the people who declare having been vaccinated (94.9%) are higher than the data provided by the Ministry (90%). According to the CIS, only 4.8% of those surveyed admitted that they had not received the vaccine.