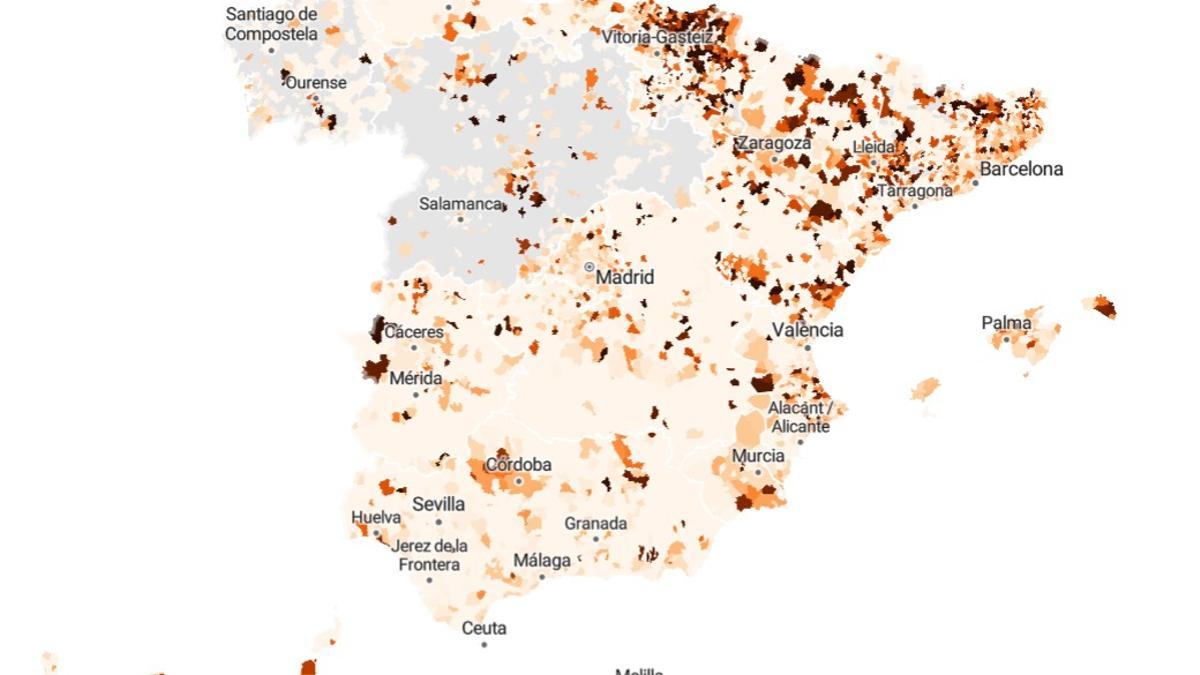 * Information updated with the latest data available as of November 23.

At a global level, confirmed cases of COVID-19 are decreasing 📉 in 231 municipalities where 9% of the Spanish population lives, they are increasing 📈 in 750 localities where 66% of the population lives and they are in the plateau phase (the remain more or less the same as two weeks ago) in 46, where 4% live. The rest are very small municipalities where very few cases are registered - less than 5 every two weeks - or for which there is no information available - which represent 22% of the Spanish population.