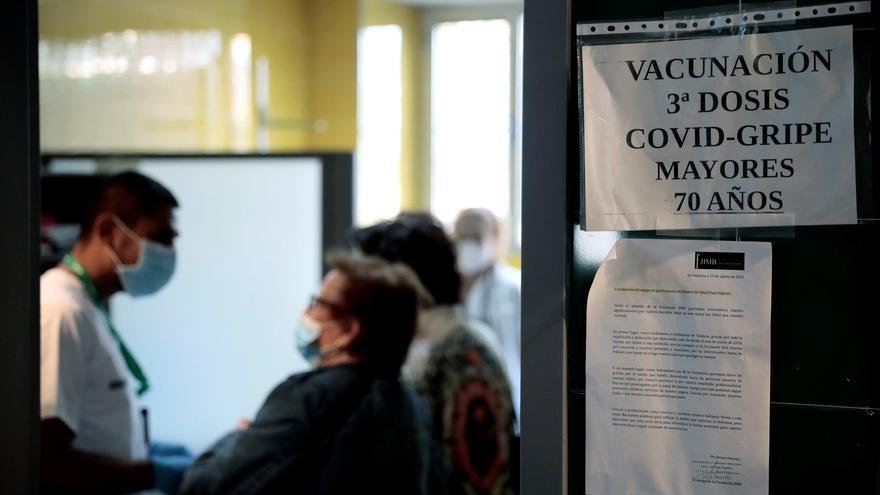 The incidence in Spain increases slightly again, and this time it stands at 49.31 cases per 100,000 inhabitants. This is an increase of three tenths compared to this Tuesday, when 49.03 cases were reported. Since Thursday, October 14, when the incidence presented its minimum for more than a year of 40.52 cases, the curve has presented different ups and downs, although Spain continues in the range of low risk of transmission of the coronavirus, as as specified by the Health criteria.

The Ministry of Health has notified 2,287 new infections this Wednesday, bringing the total positives since the COVID-19 pandemic began to 5,019,255 cases.

In addition, 39 people have died from the coronavirus in this last day, which makes a total of 87,462 deaths since the start of the health emergency.

Since the last peak of coronavirus infections, registered on July 27, the incidence curve in Spain drew a sharp downward slope. Epidemiologists witnessed the progressive decline with the certainty that the variable would hit the ground at some point. They already knew that goal zero was impossible, but it was unknown where that minimum would be. The data of the last weeks are shedding light on this unknown. The cumulative incidence has not managed to drop below 40 cases per 100,000 inhabitants. The figure is very good with respect to neighboring countries, but it does not reach the symbolic “new normal” set by the Ministry of Health at a rate of 25 and has already registered small increases.

Several epidemiologists consulted predict, with all the caution required by a virus whose behavior is not yet clear, that further reducing the incidence will be difficult. “These levels are difficult to reduce,” says Adrián Aguinagalde, director of the Public Health Observatory of Cantabria. The epidemiologist Fernando Rodríguez Artalejo points out, along the same lines, that “a rate of 50 with the vaccination coverage that we have is perfectly acceptable.” They all downplay small spikes. “Right now we can be calm: the incidence is low and has been stabilized for some time in figures that put us at low risk”, adds José Martínez Olmos, professor at the Andalusian School of Public Health in Granada.