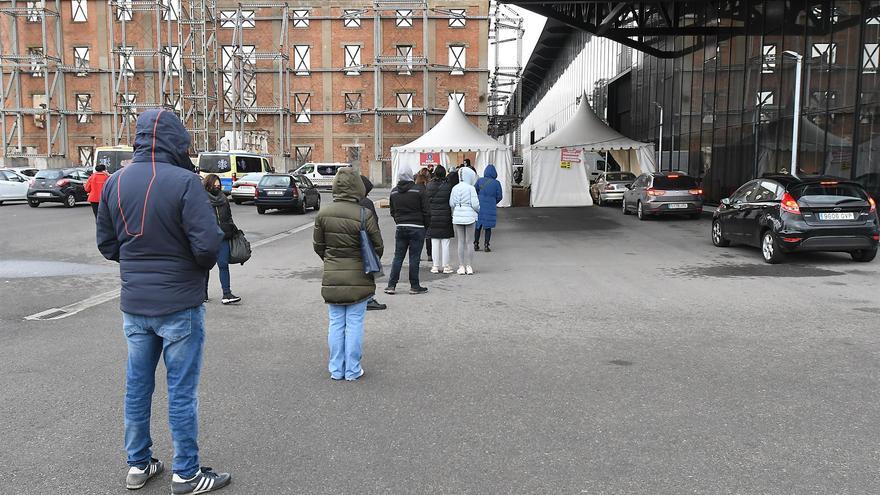 Contagions have once again taken a leap in Spain and continue to accelerate the sixth wave. Since Wednesday, communities have reported 242,440 new infections, bringing the global balance of those infected by COVID already breaking the seven million barrier (7,164,906). Today's Ministry of Health report includes data from the last 48 hours, since yesterday there was no update of the balance due to being a holiday.

The communities with the highest numbers of new cases this Friday are Catalonia, with 47,345; the Valencian Community, which adds 28,846; and Andalusia, which contributes 25,812 new cases to the balance.

The incidence has registered another maximum this Friday, reaching 2,547 new cases per 100,000 inhabitants, more than 147 points in the last two days. Navarra continues to double the national average with more than 6,700 cases; while the Basque Country registers 5,539 cases. They are followed by Aragon with a rate of 4,645.

Health authorities have also reported 97 deaths since Wednesday. The figures are not comparable to those of the previous days, since yesterday, because it was a holiday, there was no Health report and all the data for today have been accumulated since Wednesday. In total, since the start of the pandemic in March 2020, 89,934 people have died from or with coronavirus in Spain.

Hospitals prepare to receive the impact of the outbreak of infections

Spanish hospitals are preparing for a significant acceleration in admissions. The occupancy of COVID beds during the sixth pandemic wave has grown slowly, but sustained enough to to overcome the fourth and fifth waves.

The communities with the worst data in this regard are Catalonia, which already has almost 41% of intensive care beds occupied; Euskadi, with 31.88% and Aragon, 28.64%. The 14,426 hospitalized in conventional beds represent 11.79% of hospital pressure, a jump of half a point compared to Wednesday.

The rest of the month of January will be key to confirm how the outbreak of infections, the largest of the entire pandemic since there are consolidated data, in seriously ill patients and to test with more precision the damage that omicron causes to a population vaccinated at 90 %.

Another indicator that continues to accelerate is the positivity rate, the number of positive infections per test performed. This escalation could be related to the fact that the testing capacity is lower, due to the high number of infections, than in previous months of the pandemic.

Regarding vaccination, Spain has administered a total of 84,998,187 doses of some of the antidotes available against COVID, which has allowed inoculating 80.2% of the entire population with the complete schedule and 82% with al minus the first dose.

In addition, of the population over 12 years of age, 92.3% have at least the first puncture and 90.3% have already received the full guideline, more than 38 million people. 32.1% of children between the ages of 5 and 11 have also received the first puncture. This age group began to be vaccinated in December and they have to spend at least eight weeks before they can get the second dose, according to the Health strategy.

At the moment, the vaccination that is advancing at the fastest rate is the booster dose, which is currently being administered to those over 40 years of age. 55.2% of them already have this additional injection. In addition, 88.8% of those over 70 have received the reinforcement.

Those vaccinated with Janssen's single-dose antidote may receive a second prick. 63.8% have received this second injection.