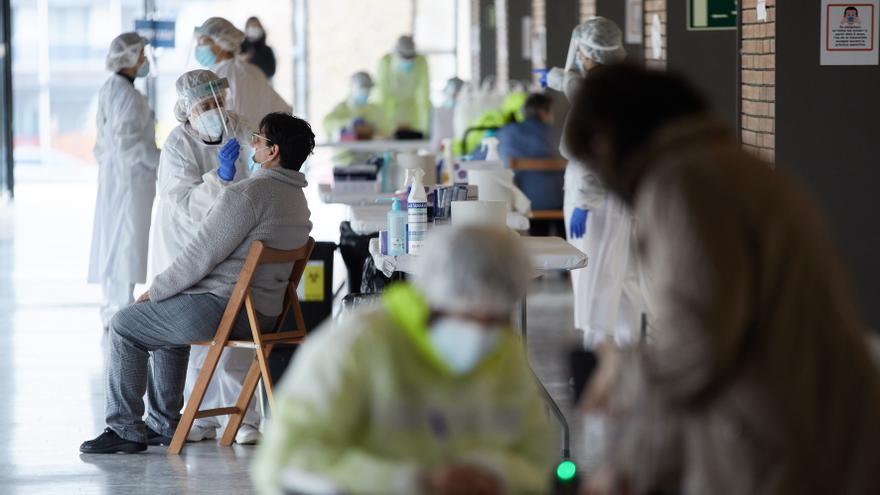 The accumulated incidence this Tuesday has exceeded 600 cases per 100,000 inhabitants in the last 14 days. Specifically, this indicator has marked 622.41, a figure that had not been reached since last February. The increase in infections is particularly worrisome due to its impact on hospital occupancy: in this batch there are 6,856 people hospitalized, 374 more than the previous day and 2,673 more if compared to the data from a week ago.

The greatest increase in infections occurs in recent weeks among the youngest age groups. These population segments are the ones that have received the least vaccines, and are therefore more exposed to the virus after the lifting of the restrictions that several communities are now reimposing, such as the limitation or prohibition of nightlife and curfews. The incidence among those between 20 and 29 years old this Tuesday reached 1,838.15 cases per 100,000 inhabitants in the last 14 days; the next group with the worst records is 12 to 19 years old, with 1,525.81 cases; and those between 30 and 39 reach 833.78 cases.

By autonomous communities, those with the most new infections registered with Castilla y León, with 3,538 cases; Navarra, which totals 3,452; and Catalonia, with 3..293. Precisely, the Navarrese justice has overturned this Tuesday the claims of the regional government to establish a curfew, as is already the case in Catalonia, where it has obtained judicial endorsement.

The cumulative incidence continues to rise in all communities. The one that registers the worst data is Catalonia, where there have been 1,240.22 infected inhabitants for every 100,000 inhabitants in the last 14 days; followed by Castilla y León, with 910; and Navarra, with 905. Those in the best situation are Castilla-La Mancha, with 234.7 cases, and Murcia, with 296.8, the only ones together with the autonomous cities of Ceuta (148.5) and Melilla (195 , 2) below 300 points.

The autonomous communities have administered 480,033 doses of some of the coronavirus vaccines in the last 24 hours. With these punctures, Spain exceeds 24.3 million people with the complete pattern, 51.3% of the population. In addition, almost 30 million, 62.6%, have received at least one dose.