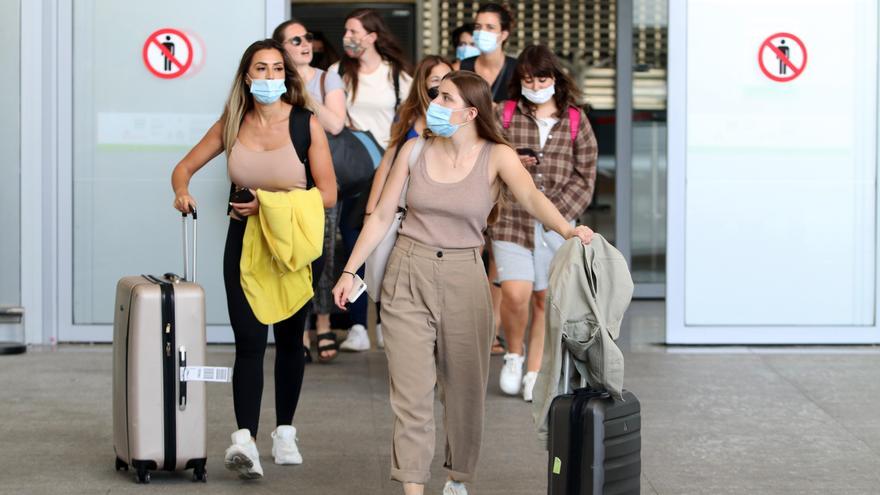 The 14-day incidence rate has marked a new rise this Thursday to reach 134.31 cases per 100,000 inhabitants, which represents a jump of 17 points compared to Wednesday. The curve continues to rise from last week, when a bottom was reached in all 92 cases. The new momentum of this indicator is dragged by those under 30, which register rates well above extreme risk.

The incidence increases in all the communities except in La Rioja, where it decreases a few tenths, and in Ceuta and Melilla. The situation among young people has a special impact on the rates in Cantabria and Catalonia, which this Thursday have exceeded the barrier of 200 cases (218 and 238 respectively).

In monitoring the infection rate by age group, it can be seen how vaccination is having a marked effect on this new wave, given that infections only skyrocket in the least vaccinated population, while the curves converge at minimum levels in groups that are already practically immunized.

The incidence of recent infections in each age group

Evolution of the incidence of cases in 14 days per 100,000 inhabitants in each age group since March 2021

The Ministry of Health has reported 12,345 new infections, which is an increase compared to Wednesday, when 9,227 positives were recorded. In addition, it is the worst daily contagion data since February 18, when 14,515 positives were reported, in full decline of the third wave. In total, 3,821,305 people have been infected with COVID-19 since the start of the pandemic.

The number of new infections reported is very high, especially in Catalonia, which registers 5,204; Andalusia, with 1,707; the Valencian Community, with 1,410; and Madrid (997).

In addition, eight deaths have been added in the last 24 hours, raising the global count of deaths since the start of the health crisis to 80,883.

Spain has broken a new daily vaccination record this Thursday after inoculating 747,589 doses in 24 hours. The previous brand had been registered just a week ago, when more than 733,000 doses were put in one day.

With this, almost 18 million people have already received the complete vaccination schedule, 37.9% of the population, and 25.6 million have at least one dose, 54% of the inhabitants.

In total, 42 million doses have been administered since the start of the campaign, at the end of December. Vaccination therefore continues at a good pace and following the times set by the Government. Yesterday, the president of the Executive, Pedro Sánchez, affirmed that Spain will manage to immunize 25 million people by July 19 and 70% of the population in August, that is, 33 million people.

Meanwhile, the Minister of Education, Isabel Celaá, He assured this Thursday that the Government’s intention is to vaccinate students between 12 and 17 years old before the start of classes in September. They hope to be able to do it between the last week of August and the first days of September.

“We want to vaccinate them just before they start the course, from 12 to 17 years old. We have the permission of the EMA to do so, I have had several conversations with the Minister of Health to be able to vaccinate them taking the section from 12 to 17. Let them start the school year already vaccinated. And, if not, the first weeks [de septiembre] if we have any difficulties the last week of August because they are on vacation with their families, “said the head of Education in an interview on TVE.