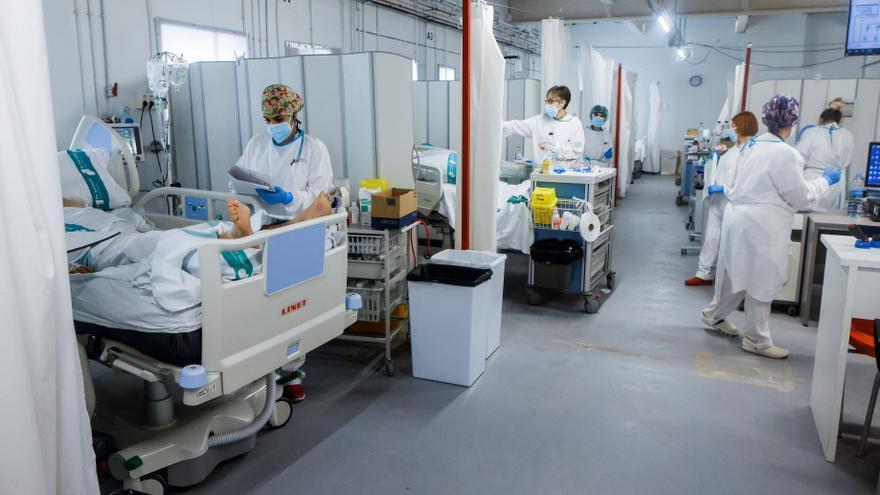 The Ministry of Health has announced this Wednesday that the accumulated incidence for 14 days, which has not stopped decreasing at the national level since January 28, and that yesterday reflected a figure of 127.80 cases per 100,000 inhabitants, stands today one tenth above, in 127.91 cases. Spain continues, in this way, within the threshold of “medium risk” determined by Health, and still far from the target of 50 set by the authorities.

In total, nine communities, among which are the most populated, have reversed the trend and are currently in the ascent phase of AI: Andalusia, Madrid, Catalonia, Castilla-La Mancha, Castilla y León, Euskadi, Canarias, Extremadura and Navarra. The two autonomous cities of Ceuta and Melilla are also in this situation

In the last day 6,092 infections have been reported, while yesterday the data was 4,962 new positives. Since the start of the pandemic, a year ago, a total of 3,206,116 people have been diagnosed through COVID tests.

By autonomous communities, Madrid is one more day where the highest number of infected have been reported in the last day, a total of 1,578 cases; in Catalonia there were 1,492, in Andalusia 957 and, already well behind, in Euskadi, 395.

As for the number of daily deaths, which was 141 yesterday, this Wednesday amounts to 228. Thus, a total of 72,793 deaths with a previous coronavirus diagnosis are recorded since the start of the pandemic, 405 of them in the last seven days.

In this context, the European Commission presented its proposal for a Digital Green Certificate of vaccination to facilitate tourism in summer. The operation will be through a QR code, and will be bilingual and free. However, the Commission’s proposal still has to pass the Community legislative process for its entry into force in three months, very ambitious deadlines taking into account the lack of unanimity between the governments and the times of the European Parliament.