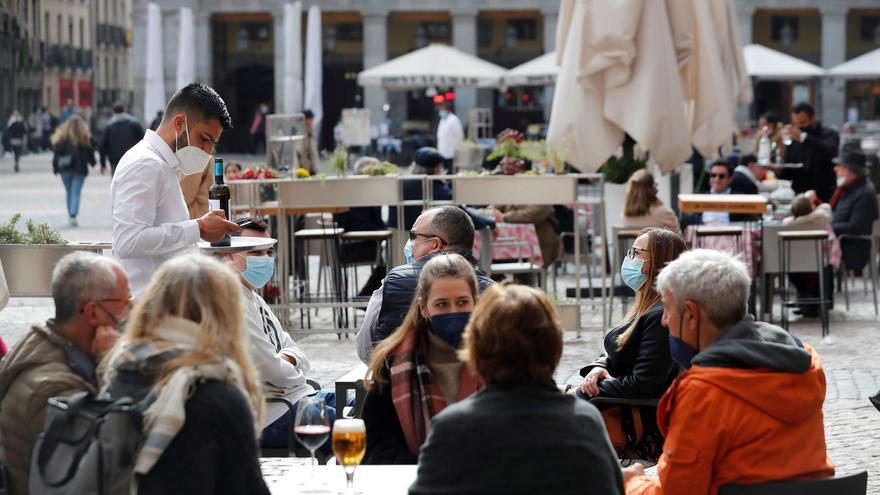 The incidence rate drops a few tenths this Thursday and remains at 118 cases per 100,000 inhabitants in the last 14 days. The data, despite being maintained, rises in seven communities and in Ceuta.

In addition, on this day, Health has added 5,250 new infections, which is an increase compared to yesterday, when there were 4,984. In total, since the beginning of the pandemic, 3,693,012 people confirmed by tests have been infected in Spain.

Regarding the deceased, the authorities have added 50 more, which brings the total since March 2020 to 80,099: 91 of those deaths have occurred in the last week.

The Ministry of Health carried out this Wednesday without consensus a document of mandatory measures throughout Spain for hospitality and nightlife. It is intended as a common framework in order to face the final stretch of the COVID-19 pandemic, since it would be in force until 70% of the population is immunized with vaccines.

Several communities have opposed, the most, Madrid and Euskadi, who have already warned that they will not abide by it. A declaration of coordinated actions of the Interterritorial Health Council is mandatory; Faced with doubts as to whether it was, even if it did not come out by consensus, the Ministry last summer requested a report from the State Bar that endorsed that it was. However, in reality, this new rule affects very few communities, which still have bad data; and it is flexible with nightlife and bars for which they have data that could be improved but present favorable trends.

The declaration of actions first requires fixed rules for food bars and restaurants. It refers to the territories that are already "without risk", in what is called "new normality" in the 'traffic light' of Health, taking the incidence and hospital pressure. There they could open the interiors with a capacity of 50%, expandable to 60% if good ventilation is demonstrated, and tables of a maximum of 6. Outdoors they could be at 100%, in tables of 10 separated by 1.5 meters. In places of risk 1 and 2, low and medium, the new document refers to the same "traffic light", which places similar rules, capacity at most 50% indoors and tables of 6. The notable difference comes when the risk 3 or rises to 4, the maximum. There, the traffic light indicates that the interiors of this type of establishment must be closed.