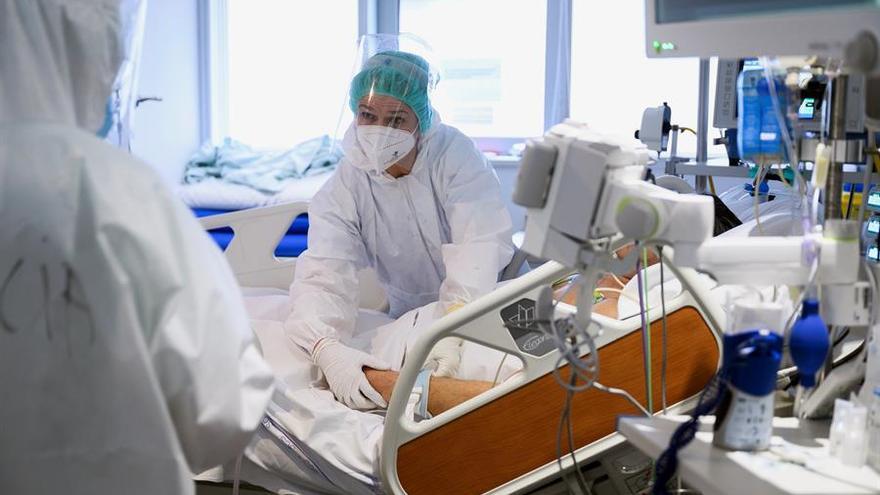 The accumulated incidence continues to decline in Spain: if yesterday it fell below 400 cases and was at 385.7, today the figure is 349.81 positives per 100,000 inhabitants in the last 14 days, the best marks from January 7. Despite this, it is still above what Health has set as “extreme risk”. A threshold, situated at 250 cases, which is not reached in six communities.

This Wednesday, the Ministry of Health has registered 10,829 new cases of coronavirus. This is a higher figure than yesterday, when they were 10,057. In total, since the beginning of the pandemic, 3,107,172 people confirmed by test have been infected in Spain.

Regarding the deceased, the health authorities added 337 new this Wednesday, bringing the total since March to 66,316. Of these, 1,234 have occurred in the last seven days.

It also reduces pressure on hospitals. Currently, there are 18,322 people admitted with COVID. This means 14.34% of the occupation of the beds in these centers. Of the total number of patients in hospitals, 3,909 are in intensive care units, which is why 36.12% of their places are dedicated to this pathology. On the other hand, in the last 24 hours there have been 2,509 discharges and 1,421 patients have been admitted.

Communities slow down the rate of vaccination

The number of people vaccinated with the complete guideline against the coronavirus reaches 1,119,180 this Wednesday in Spain, according to Health data. Therefore, the newly immunized number 22,258, while yesterday they were more than 26,800. The rate of vaccination has slowed down in recent weeks because some communities are betting on saving doses due to possible delays in the deliveries of pharmaceutical companies.

By communities, Asturias and Castilla y León continue to lead the way, the territories in which a higher percentage of inhabitants have been inoculated with the double dose (both 3.39%), followed by Cantabria with 3.27% of the vaccinated population. At the tail end, the autonomous cities of Ceuta (1.15%) and Melilla (1.48%) are one more day behind the most, followed by the Balearic Islands (1.60%), the Valencian Community (1.91%) and Euskadi (1.98%), the only territories that did not reach 2%.

Since the vaccination campaign began, Spain has received and distributed 3,622,165 doses among the autonomous communities, of which 2,690,457 have been administered, representing 74.3% of the total.

Of the vaccines administered so far, 2,542,559 correspond to the one marketed by Pfizer-BioNtech, the first brand that was authorized in Spain, 113,041 are from Moderna and 34,857 from AstraZeneca-Oxford. The Janssen-Johnson & Johnson and Sanofi Pasteur-GSK vaccines are also expected to be approved and administered in the next few days.

All this in a day in which The Public Health Commission, made up of representatives of the Ministry of Health and the Autonomous Communities, has approved a new update of the vaccination strategy against COVID-19. After users of residences, health, large dependents and over 80 years, the doses of Pfizer and Moderna will be for people between 70 and 79, then for those between 60 and 69, and then for those under 60 with “high risk” conditions, yet to be defined, of suffering from the coronavirus in a serious way, as confirmed by sources from Health to elDiario.es. That of AstraZeneca continues to be aimed at essential workers and part of health workers, and is also included as a novelty, then, the general population between 45 and 55 years old, the aforementioned Ministry has also confirmed.

What’s more, at 00:00 this Thursday, the delay of the curfew in Madrid and the closure of the hotel business at 11:00 p.m. comes into effect. It does so despite the high rate of infections, since the accumulated incidence in the region stands at 571 cases per 100,000 inhabitants at 14 days, a figure only surpassed by the autonomous city of Melilla.