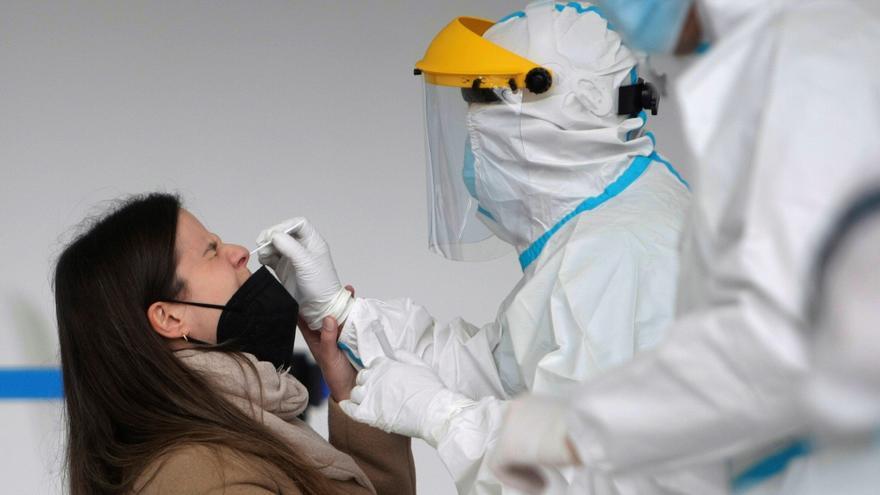 The update of the status of the pandemic published by the Ministry of Health counts 5,348 new cases of coronavirus in Spain this Friday, while those notified yesterday were 6,255. The number of infections this Friday is the lowest since August, not counting the data obtained this Wednesday that Catalonia did not count, although this time La Rioja has also updated its balance by eliminating duplicate cases. In total, 3,183,704 positives have been registered throughout the national territory since the first diagnosed case.

By autonomous communities, Madrid is where more new infections have been reported this Friday, with 1,276, followed by Andalusia, which registers 1,054; Catalunya, with 1,036 and already a lot further away by Castilla-La Mancha, with 387; and Euskadi, with 366.

Regarding the deceased, the health authorities register 173 in the last 24 hours, after yesterday the lowest mortality figure was reached so far this year, with 166 victims. In any case, reported deaths plummet 46% this week, which closes with mortality at levels at the beginning of the year. Since the beginning of the pandemic, a year ago, the deceased amount to 72,258.

The accumulated incidence at 14 days this Friday stands at 130.51 cases per 100,000 inhabitants, while the data recorded yesterday was 132.25 cases. Spain continues in the medium risk spectrum, still far from the target set by Health of less than 50 cases.

In this context, the European Medicines Agency (EMA) has denied that there is any relationship between the drug's COVID-19 vaccine AstraZenaca and the cases of thrombi detected in vaccinated. "There is no indication that vaccination caused these conditions, which are not listed as side effects of this vaccine. The position of the EMA safety committee is that the benefits of the vaccine continue to outweigh its risks and the vaccine can continue to be administered as long as thromboembolic cases are being investigated ", states the EMA. In addition, it maintains that "the number of thromboembolic cases in vaccinated people is not greater than that observed in the general population."

Government spokeswoman María Jesús Montero has said that citizens can be calm with the COVID-19 vaccines because they are safe and in Spain there have been no adverse effects or any reaction after their administration. Nevertheless, Catalonia, Andalusia, Castilla y León, the Canary Islands and Asturias have decided to immobilize the ABV5300 batch of the AstraZeneca vaccine as a precaution, while some thirty thrombi are studied in patients who had been vaccinated with it in several countries of the European Union.

The Ministry of Health distributed this batch to the communities on February 12, which has now been cautiously paralyzed by these five communities - the first of them the Principality, who announced it last night. In any case, vaccination with AstraZeneca continues.