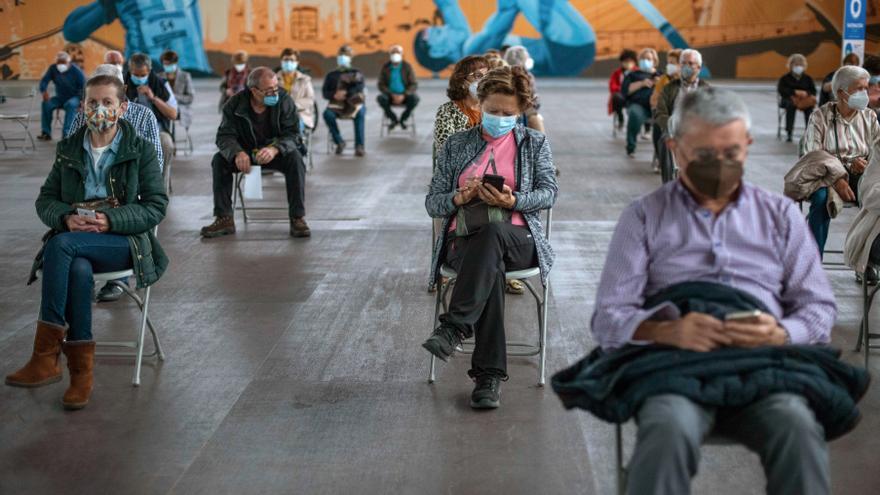 The Ministry of Health has notified 13,984 new coronavirus infections this Monday, a figure lower than the 16,353 of last Monday, the last day with which it can be compared, because it groups all the cases of the weekend. All in all, the cumulative incidence continues its downward trend and has been downward for 15 days. This day, stands at 188.97 cases per 100,000 inhabitants in the last 14 days. They are nine points less than on Friday, when the lowest data was recorded since April 13. In the last week, this indicator has improved 40 points.

In total, since the health crisis began, 3,581,392 people have been infected in Spain and 78,895 have died. In the balance provided by Health, with data provided by the autonomous communities, 103 new deaths have been added this Monday. In the last seven days, 194 people have died with coronavirus.

More than 6.2 million people have the complete vaccination schedule

The positive part comes with the vaccination. At this time, there are already 6,221,476 people in Spain with the complete regimen, that is, with the two doses of Pfizer, Moderna or AstraZeneca or the single dose of Janssen. It is more than 13% of the population, which includes 86% of people over 80 years of age. In addition, with the 782,000 punctures over the weekend, 19,830,624 doses have already been administered. 29.1% have at least one, among which are 100% of the age group over 80.

By communities, Asturias has the highest percentage of fully immunized population, with 21.7%; followed by Castilla y León, with 20.5%, and Galicia, with 19.3%.

These data are known the same day that the President of the Government Pedro Sánchez has announced that in just 100 days the desired objective of group immunity will be achieved, with the 70% of the vaccinated population. "The data invite optimism," he said about vaccination during an appearance without questions in Athens.

However, epidemiologists and experts in Public Health warn of a possible disaffection of sanitary restrictions, caused optimism towards vaccination and the disparate criteria for the approval of measures such as the curfew, the limitation of meetings or the perimeter closures in the communities, which after the fall of the state of alarm are in the hands of judges and prosecutors. Without going any further, this Monday, the Navarra Prosecutor's Office has opposed the curfew in the region with no state of alarm.

In the same vein, the Minister of Justice, Juan Carlos Campo, has spoken out this morning, who has assured that the law of Special Measures in Public Health Matters, to which the communities resort to maintain restrictions, does not protect the curfew. An argument that contradicts that of the First Vice President Carmen Calvo, who a few days ago alleged that "communicating to the relevant authority and asking for permission for certain situations, they can do it".

However, Campo has assured that he is "waiting" for the Supreme Court to rule on this matter after an appeal with which the Government intends to "unify the doctrine" in all territories. Meanwhile, in the afternoon, Sánchez has stated that "the Government of Spain is clear that all the communities in this stage have enough instruments to deal with the pandemic. "