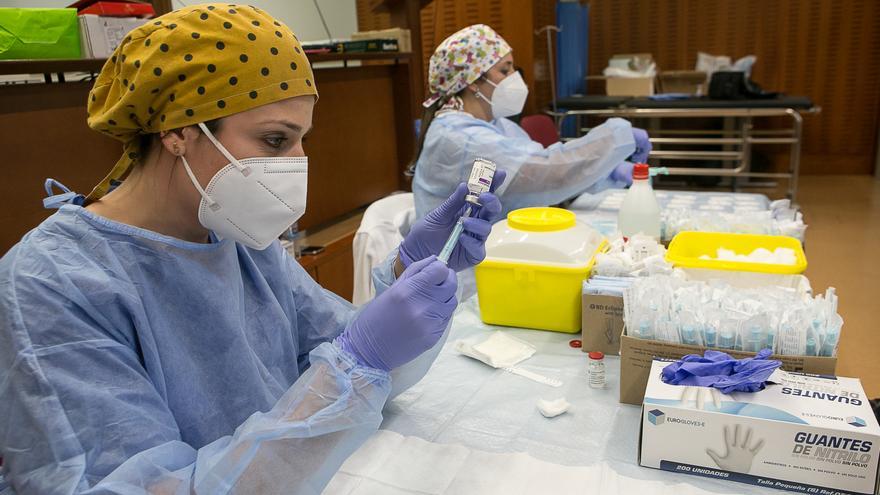 The Ministry of Health has notified this Tuesday an incidence of 168.5 cases per 100,000 inhabitants in the last 14 days, the lowest figure since August 24. The epidemiological situation in Spain continues to be, at this time, high risk.

The total balance of this day suffers an alteration compared to Monday because Catalonia has eliminated 78,864 duplicate cases from the total. The box that marks the number of people infected since the health crisis began today marks a lower figure than that of the previous day. They are, according to the data published this afternoon, 3,130,184 people. The rest of the autonomous communities add 4,517 cases.

The health authorities have reported 192 new deaths. In the last week, 686 people have died and, since the health crisis began, 69,801. Hospital pressure continues to drop. Currently, there are 2,796 people admitted to an intensive care unit, representing 26.99% of the total, and 11,246 on the floor, representing 8.94% of the beds.

The autonomous communities that included the most new cases in the total balance are Madrid, with 1,587; the Valencian Community, which totals 572; Andalusia, which adds 359; and Euskadi, which has notified 348 to Health. By incidence, the only region with a rate considered extreme risk is the Community of Madrid, with 273.39 cases per 100,000 inhabitants. Euskadi, Catalonia, Asturias and the autonomous cities of Ceuta and Melilla exceed 200 cases. Extremadura is at the other extreme, with 51.23 cases. The Balearic Islands, Murcia and La Rioja also register double-digit rates, and the Canary Islands, Cantabria, Castilla-La Mancha, the Valencian Community, Galicia and Navarra are below 150.

The autonomous communities have already supplied 3,908,734 vaccines, 86.7% of those received. In total, 1,266,700 people have already received the complete guideline. This is the two doses of the vaccine that guarantees immunity against the coronavirus: 1,240,978 people with Pfizer’s serum and 25,722 with Moderna’s. There have also been 385,071 doses of AstraZeneca, but no one has yet received the second puncture.