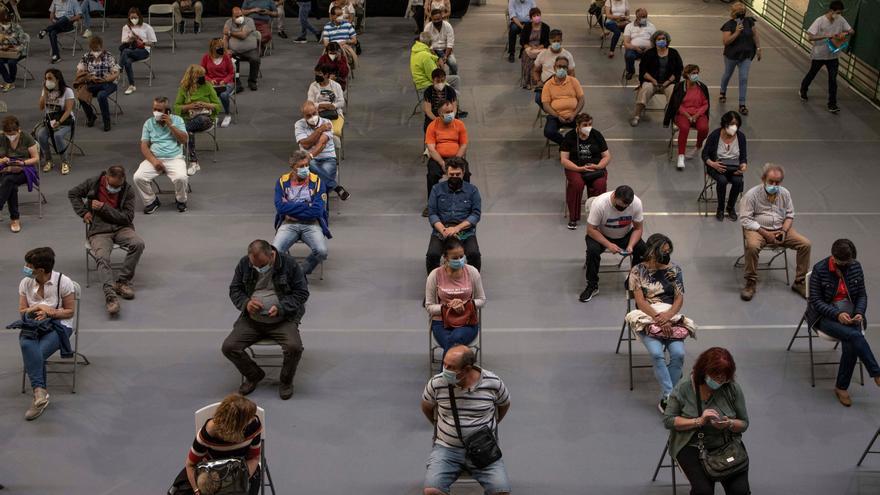 The cumulative incidence continues to decline in Spain and is now down for seven weeks. This Monday, the Ministry of Health has reported 104.56 cases per 100,000 inhabitants in the last 14 days, four points less than on Friday, when 108.46 were registered. Although the graph drawn by this indicator shows how the curve flattens, the last time there was an increase was on April 26. To date, it is located in records similar to those of August 2020.

Health has also notified 8,167 new coronavirus infections since Friday. This is a lower figure than the 9,536 of last Monday, the last day with which it can be compared, since it brings together data from the entire weekend. This is the third Monday in a row that new cases have dropped. Since the health crisis began, 3,741,767 people have been infected in Spain.

The number of deaths with coronavirus notified by the autonomous communities since Friday amounts to 16 people this time. Again, they are less than the 40 deaths last Monday. Since then, 51 deaths have been recorded. Since the pandemic began, 80,517 people have died in Spain.

This Monday, the Community of Madrid announced that will allow the reopening of nightlife next Monday, June 21. It will do so with restrictions and “always subject to the epidemiological situation,” as announced by the Madrid Executive in a statement. In principle, it will be allowed to open until 3 in the morning, with maximum capacity of 50% indoors and 75% outdoors, in this case with a dance floor.

For its part, Catalonia has asked the Government to allow people to go down the street without a mask. An idea, to relax the use of masks, which they had already dropped in recent weeks from other regional executives. For example, the president of Castilla-La Mancha, Emiliano García Page, defends eliminating the mandatory nature of the mask outdoors for the month of July and has advanced that he will propose to the Technical Commission of Public Health a “clear timetable” for it.

This day, the manufacturers of the Novavaz vaccine have also announced that their serum has an efficiency of 90% and that it is also safe, after conducting a clinical trial in the United States and Mexico. This drug, which is easier to store and transport because it resists in normal refrigerators, is expected to play an important role in increasing vaccine supply. For now, the company has ensured that “many of the first doses will go to low- and middle-income countries,” which are currently lagging further behind in their vaccination campaigns due to the shortage of sera and due to the stockpiling of countries with more resources.