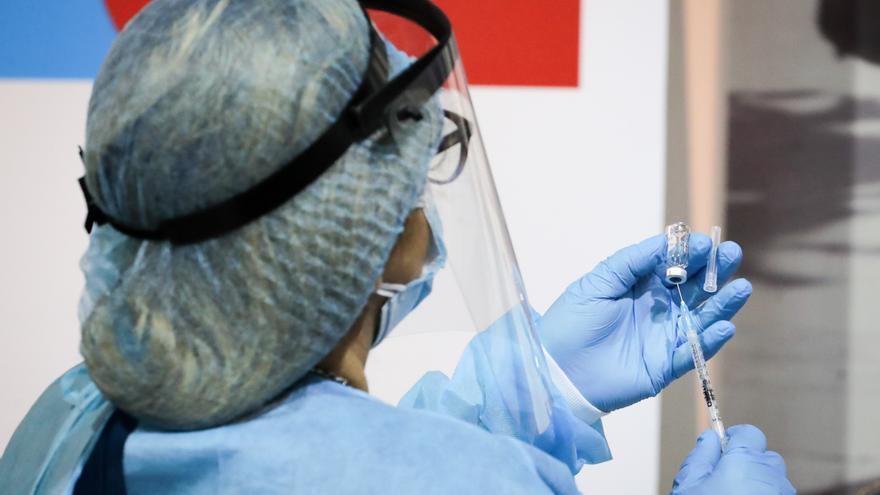 The COVID-19 pandemic curve continues to decline. The cumulative incidence falls nine points to 687.30 cases per 100,000 inhabitants in 14 days. Health has registered 24,753 new infections and 44 deaths in the last day.

Most of the new cases of coronavirus have occurred in the Community of Madrid (5,080), Andalusia (5,075) and Catalonia (3,642). However, it should be taken into account that this Friday’s data update does not include the Balearic Islands due to technical problems. Since the pandemic began, 4,447,044 cases and 81,486 deaths have been reported in total.

Hospital pressure, however, is still growing. The total number of patients admitted with COVID-19 has gone from 9,725 to 9,825 this Friday, which raises the percentage of beds occupied by this pathology to 8.24%. ICUs have gone from 1,644 to 1,698 patients with coronavirus, which implies an occupation of 18.31% of intensive care beds with this ailment.

The incidence has been reduced in Aragon, Asturias, Cantabria, Castilla y León, Catalunya, Ceuta, Comunitat Valenciana, Extremadura, Galicia and Navarra. The cumulative incidence in the last 7 days, which provides more up-to-date information than the 14-day indicator, has fallen faster: it drops by almost 13 points, to 302.22 cases.

The cumulative incidence has already been in a steady three-day decline, after reaching its peak of this fifth wave last Tuesday: 701.92 cases. This is the third time this year that the incidence curve begins a downward trend. It already did so after the peak of Christmas, going from 894 cases on January 27 to 127 in mid-March. Then it rose again to 236 on April 26. After Easter, the meter dropped again to 92.25 cases on June 22. With the beginning of summer and the increase in social activity after the lifting of many restrictions, it began to skyrocket again, especially among the youngest age groups, which are the ones that have received the least vaccinations.

Regarding vaccination, 87.8% of the population over 40 years of age in Spain has already received the complete schedule, according to data published this Friday by the Ministry of Health. In the last 24 hours, 473,459 doses have been injected, which means that 56.8% of the population (more than 26.9 million people) have already received the full regimen.

Pedro Sánchez announced this Friday that the Minister of Health signed on Thursday the purchase of an additional 3.4 million vaccines from Pfizer, which will make it possible to meet the target of 70% of the Spanish population vaccinated during the month of August. The importance of this new acquisition lies in the fact that, with the vaccination rate registered until this Thursday, it would still take 32 days to achieve the goal of 70% of immunized Spaniards set by the Executive, a goal that can be anticipated as announced in this Friday by the Prime Minister.