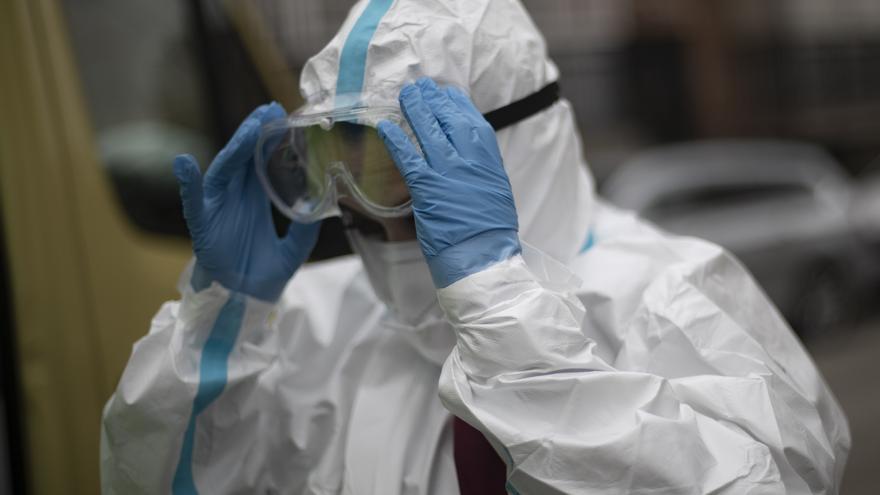 The cumulative incidence of coronavirus cases continues to decline in Spain: it has fallen 46 points since yesterday Tuesday. If then it was 630 positives per 100,000 inhabitants in the last 14 days, in today’s balance it is at 584, the lowest figure since last January 15.

The deceased have marked the third worst data since the first wave: the health authorities have added 643 new ones, which brings the deaths since March to 63,704. Of them, 1,748 have died in the last week.

Also, this Wednesday, the Ministry of Health has registered 18,114 new infections of coronavirus. It is a rebound compared to yesterday, when there were 16,402 and the three million cases confirmed by test were exceeded since the beginning of the pandemic. That figure today stands at 3,023,601.

Hospital pressure continues to be high: as of this Wednesday there are 24,821 people hospitalized with coronavirus, which means that 19.28% of hospital beds are occupied by patients with this disease. Of these, 4,548 need ICU treatment, that is, 41.57% of these units are filled only with COVID patients. Furthermore, in the last 24 hours, 3,175 patients have been discharged and 2,120 have arrived at these centers.

Almost 900,000 people have received the two doses of the vaccine in Spain

Currently 889,683 people have complete immunity in Spain after having received the two doses of the vaccine, which represents 39.8% of the doses administered, which are 2,233,249 in total.

The community with the most advanced immunization continues to be Asturias, as it is the one with the highest percentage of people who have received the two doses of the vaccine necessary for its effectiveness. On the opposite side of the table, the Balearic Islands and the Basque Country are the communities furthest behind when it comes to administering the double dose.

To date, the autonomous communities have administered 76.6% of the vaccines received, which are 2,914,755, according to data from the Ministry of Health.

The data comes on a day in which the WHO Strategic Advisory Group of Experts on Immunization has recommended the use of the AstraZeneca vaccine with people over 18 years of age, including those over 65 years of age, despite doubts than several countries, such as Spain, that have preferred to restrict its use in this population.

The president of SAGE, the Mexican Alejandro Cravioto, has recognized that in the clinical trials of this vaccine, developed by the Swedish-British pharmaceutical company together with the University of Oxford, there was a small participation of people over 65 years of age, which has been able to contribute doubts about its efficacy, but SAGE’s analyzes conclude that “the results in these people are no different than in younger groups.”

Further, Also today Health has announced that it plans to postpone vaccination for 6 months from the moment they have had the infection of people under 55 years of age without risk conditions who have already passed the COVID-19 disease and have developed antibodies. It applies for the moment to personnel who are already hierarchized to be vaccinated, health workers and essential workers. It is thus established in the draft of the update of the vaccination strategy, to which elDiario.es has had access, although the final document, with the definition of the essential workers who will receive the AstraZeneca doses, is still pending to be sent to the autonomous communities.

The draft recalls that “the duration of protective immunity against the virus after natural infection is not known, but it is expected that vaccination of these people will reinforce this protective immunity and its duration.” Also that “data, not yet peer-reviewed (preprint), have recently been published that advocate the administration of a single dose of mRNA vaccines in those young people, mostly healthcare, seropositive to COVID-19”. But, “until more solid information is available”, the vaccination policy is the one that has been decided. The document is signed by technicians from the Autonomous Communities, the Ministry, and external experts. Among the first 15 population groups in which the population was divided in November, it was already established that one would be people with antibodies to SARS-CoV-2.