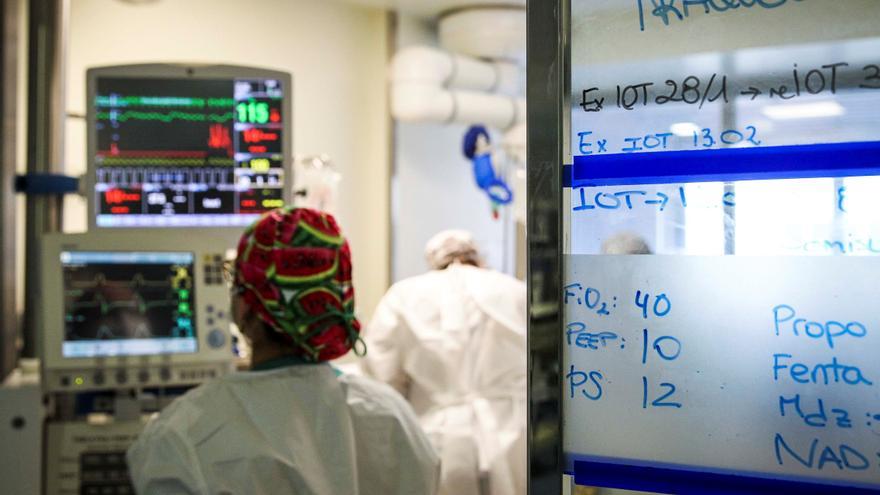 The Ministry of Health has reported this Thursday a cumulative incidence to 14 days of 294.72 cases per 100,000 inhabitants, still above the threshold of 250 that is considered “extreme risk”, but in continuous decline since the end of January. Specifically, it is the best data since January 4.

Health data registered 11,435 new coronavirus infections in the last day, a lower figure than yesterday, when 14,515 were notified, and which continues with the downward trend that has been reflected in recent days. In total, since the beginning of the pandemic, 3,133,122 people confirmed by tests have been infected in Spain.

By communities, Catalonia is the one that registers the most new infections in the last day, with 2,518. It is followed by Andalusia, with 2,340; Madrid, with 2,295; and the Valencian Community, which totals 1,770.

Regarding the deceased, the authorities have added 397 new this Friday, a new rebound compared to 388 the day before. In total, since the start of the pandemic, 67,101 people have died in Spain, 1,103 in the last week.

Health has also reported a new decrease in pressure in ICUs, which stands at 34.7%, somewhat lower than yesterday, while the occupation of hospital beds by COVID patients falls to 12.8%.

The Health vaccination report notifies this Thursday that 1,171,026 people have received the complete guideline against the coronavirus in Spain. Therefore, 26,470 have been immunized in the last 24 hours, while yesterday they were 25,376. The vaccination rate, slowed down in recent weeks, seems to be picking up again after a few days of increased dose inoculation

By communities, Asturias and Castilla y León continue to lead the way, the territories in which a higher percentage of inhabitants has been inoculated with the double dose, 3.57% and 3.50%, respectively. They are followed by Extremadura (3.44%) and Cantabria (3.33%). On the opposite side of the table, the autonomous cities of Ceuta (1.29%) and Melilla (1.49%) are the most lagging behind, followed by the Balearic Islands (1.69%), the only territories that do not reach the 2%.

Since the beginning of the vaccination campaign, Spain has received and distributed 3,622,165 doses among the autonomous communities, of which 2,936,011 have been administered, representing 781.1% of the total.

Of the vaccines administered so far, 2,720,519 correspond to the one marketed by Pfizer-BioNtech, the first brand that was authorized in Spain, 125,941 are from Moderna and 89,551 from AstraZeneca-Oxford.

In this context, some autonomous communities have begun to gradually relax restrictions. The Community of Madrid has announced this Friday that as of Monday 31 basic health zones and 7 localities will no longer be closed perimeter, a decision that adds to the delay of the curfew and the closure of the hotel industry at 11 pm that came into effect this Thursday. Castilla-La Mancha will also reduce restrictions from this Saturday and study lift the perimeter closures in the coming days. For their part, the authorities of Galicia Y Navarre They announced this morning that they will begin the reopening of the hotel business starting next week.

However, both the Minister of Health, Carolina Darias, and the director of the CCAES, Fernando Simón, have been warning for weeks that the de-escalation must be moderate and directed by specialists to avoid a fourth wave. Just yesterday, Simón again asked the population for an effort. “There are just a few weeks left, let’s not make them become hell,” urged the epidemiologist.