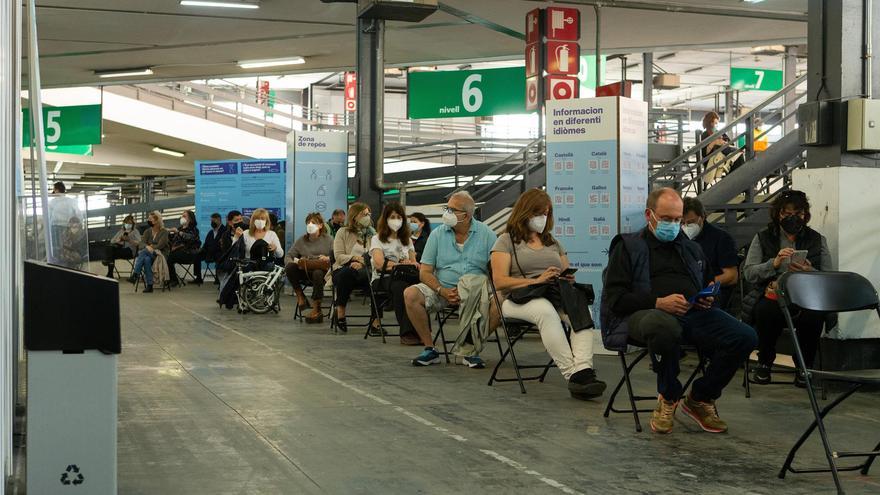 The incidence of COVID-19 continues to decline in Spain. This Tuesday, the Ministry of Health has reported a rate of 180.69 cases per 100,000 inhabitants in the last 14 days, a figure eight points lower than the previous day, which represents the sixteenth consecutive day of decline. In today’s balance, the department headed by Carolina Darias has also registered 4,941 new coronavirus infections, a figure lower than the 8,186 on Friday, the most recent day with which comparisons can be established because data is collected on Mondays for everything weekend.

In total, since the health crisis began, 3,589,333 people have been infected in Spain and 79,100 have died with coronavirus, 251 of them in the last week. In the report provided by the ministry every day, the autonomous communities have reported 205 new deaths with COVID-19 on this occasion.

Hospital occupancy continues in parameters similar to those of the previous days, although it is true that in the case of ICUs it is currently at 20.48%, one point less than the day before. This percentage translates into 2,038 people admitted to one of these intensive care units. There are 8,106 patients on the floor, representing 6.47% of the total beds.

Meanwhile, the communities have exceeded 20 million vaccines administered this Tuesday and 6.3 million people have already received the full schedule, 13.3% of the population. In the last 24 hours, 332,000 doses have been injected. According to the latest report from the Ministry of Health, almost 30% (29.6) have at least one dose of the COVID-19 vaccine, more than 14 million people.

Vaccination progresses at different rates depending on the age group: 88% of all those over 60 have at least one dose and more than 40 have received the full regimen (two doses with Pfizer-BioNTech, Moderna or AstraZeneca or a only Janssen puncture, the only single-dose antidote approved so far in Spain).

Before the disparity of court criteria in different communities to allow or not to apply measures such as the curfew, which awaits the endorsement of the Supreme Court, The President of the Government has indicated this Tuesday that he does not foresee legal changes in case the answer of the high court is negative because “the state of alarm is the past”. “We must look to the future and the future is called vaccination,” said Pedro Sánchez.