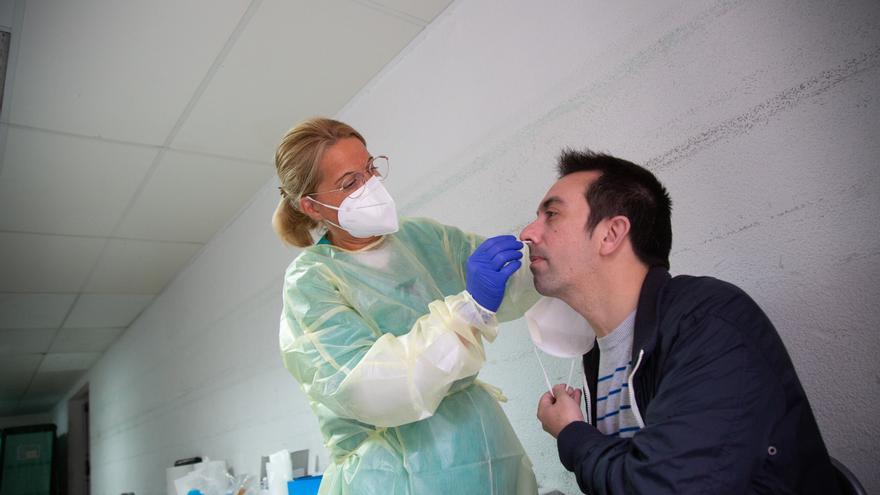 The Ministry of Health has registered 6,080 new cases of coronavirus, of which 3,054 have been detected in the last 24 hours. This is a rebound compared to yesterday, when they were 3,988. In total, since the beginning of the pandemic, 3,625,928 people confirmed by test have been infected in Spain.

The community that reported the most cases this Wednesday is Madrid (1,474), along with Catalonia (1,366) and Andalusia (1,038). On the other hand, those with the least confirmed cases are Ceuta (one), Melilla (seven), the Balearic Islands (39) and Cantabria (39).

Regarding the deceased, the health authorities have added 66 new ones, which brings the total number of deaths since March 2020 to 79,568: 186 of them have occurred in the last seven days.

The accumulated incidence continues to fall, which this Tuesday fell below the risk threshold to stand at 147.54. Today it consolidates below the threshold of 150 and marks 144 cases per 100,000 inhabitants in the last 14 days, thus representing a drop of three points compared to yesterday.

Communities have administered at least the first dose of the COVID-19 vaccine to 15,741,247 people, more than a third of the total population (33.2%). In addition, 7,469,173 people already have the complete schedule necessary to achieve maximum immunity (two injections with Pfizer, Moderna or AstraZeneca antidotes or a single Janssen prick, the only single-dose vaccine approved so far in Spain).

In total, almost 23 million vaccines have been administered in our country, of which 386,612 were injected in the last 24 hours.

By age group, 99.1% of those over 80 have the complete guideline: there are barely 25,000 people of that age range left to receive the second dose. Immunization of the next age group, 70 to 79, is also very advanced, with 95.7% of those vaccinated with the first injection and 70% with the complete regimen.

Overall, Spain has already vaccinated almost 50% of all those over 60 years of age with the full schedule, and 92% of that group has at least one first puncture.

By communities, Asturias continues to lead as the region with the highest percentage of its population vaccinated, with 26.6%, followed by Castilla y León, with 25.8%, and Galicia, with 23.2%.

The EU has decided to open borders to vaccinated tourists in third countries such as the United States, Canada, Israel and the United Kingdom, for example, where the same vaccines are applied as those approved by the European Medicines Agency (EMA). The decision has to be ratified by the Council – the governments – in the coming days. In contrast, people immunized in Russia or China, or with any of the vaccines from these countries, will be outside the exemptions agreed to because they are drugs not approved by the EMA.

For vaccinated people to enter the EU, they must have received the two doses of vaccines – except if it is Janssen – at least 14 days before the trip, as agreed by the ambassadors this Wednesday in Brussels.

At the same time, In Spain, this Wednesday the president of the Balearic Islands announced that no COVID-19 test will be required from Sunday to vaccinated Spanish tourists entering the archipelago. through its ports and airports. These people, of course, will have to have received, at least, the first dose 15 days before their arrival on the islands.

In addition, Francina Armengol has specified that travelers who, although not vaccinated, come from communities with an incidence of less than 60 cases in 14 days will not be asked for proof either. Regarding the rest, those who have not yet been immunized or whose community of origin has an AI greater than 60, will be able to present, also from Sunday, antigen tests instead of PCR, according to local media. The measures will be approved in the Governing Council this Friday.