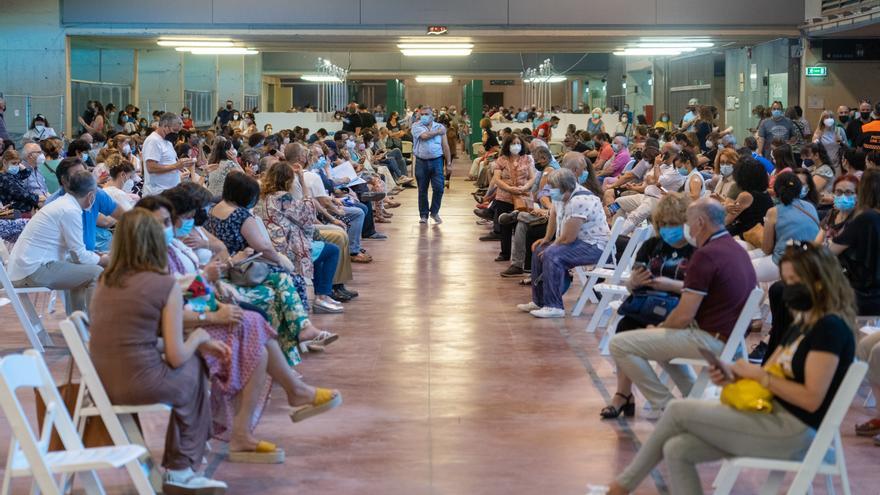 The 14-day incidence rate has registered a further decline this Friday and stands at 117.22 cases per 100,000 inhabitants. This is a drop of one point compared to yesterday. However, this indicator grows in five autonomous communities, in addition to Ceuta. Andalucía, Cantabria, Comunitat Valenciana and Extremadura registered increases in the last day.

The Ministry of Health has also notified 4,975 new infections, a slight decrease compared to those registered on Thursday. The total balance of infected since the beginning of the pandemic amounts to 3,697,987. The communities with the most infections are Andalusia, with 1,486 new positives; Catalunya, with 1,007; and Madrid, which registers 772.

Health authorities have also added 97 new deaths and the total number of deaths from COVID-19 rises to 80,196. Of these, 108 have occurred in the last seven days.

Also lowers the tension in hospitals. The occupation of intensive care beds by COVID patients is around 12.14% throughout Spain. In total, there are 1,163 patients admitted to the ICU with this disease. Madrid continues to register the worst percentage, with 25.85%. La Rioja (20.75) and Aragón (20) also exceed levels of 20%.

The vaccination process is underway according to the Government's plans and this Friday a new milestone has been passed: to immunize 10 million people with the full schedule in the first week of June. That was one of the objectives that Pedro Sánchez announced on April 6, as a preliminary step to fully vaccinate 70% of the population before the end of summer and thus achieve group immunity.

After the 570,225 doses administered during the last 24 hours, Spain has immunized 10,257,209 million people with the full regimen (two injections with Pfizer, Moderna or AstraZeneca or a single one with Janssen, the only single-dose antidote approved so far). 21.6% of the population.

In addition, 40% of the population has been exceeded with at least the first dose, more than 19,038,135 million people. In total, since the vaccination campaign began at the end of December, 28,752,570 punctures have been administered.

New measures for hospitality and nightlife

The Ministry of Health moved forward on Wednesday without consensus a document of mandatory measures throughout Spain for hospitality and nightlife. It is intended as a common framework in order to face the final stretch of the COVID-19 pandemic, since it would be in force until 70% of the population is immunized with vaccines. Several communities have opposed, the most, Madrid, Euskadi and Andalusia, which have already warned that they will not abide by it.

A declaration of coordinated actions of the Interterritorial Health Council is mandatory; Faced with doubts as to whether it was, although it did not come out by consensus, the Ministry last summer requested a report from the State Bar that endorsed that it was. However, this new rule affects very few communities, which still have bad data; and it is flexible with nightlife and bars for which they have data that could be improved but show favorable trends.