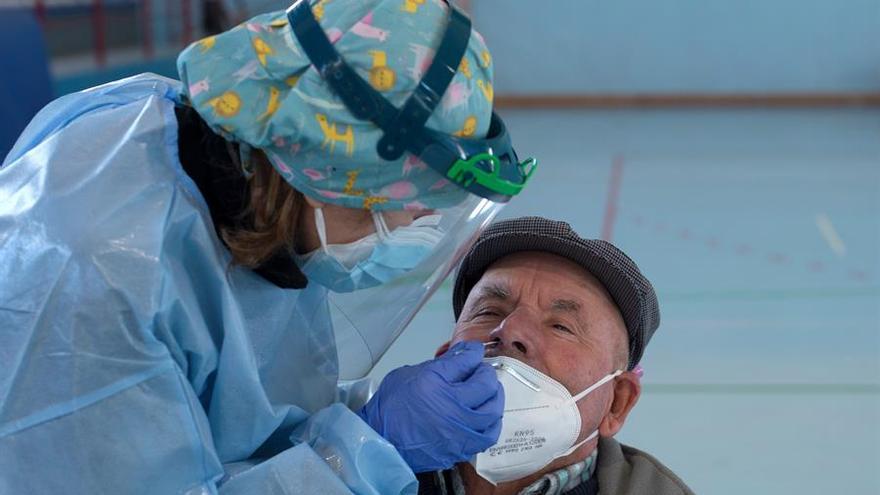 The cumulative incidence continues to increase in Spain. This Wednesday it stands at 167.97 cases per 100,000 inhabitants in the last 14 days. Compared with yesterday's data –164.71–, it represents a rise of three points. This marker is extended in twelve autonomous regions of the country. Those that have it highest are Melilla (459.37) and Ceuta (391.91), followed by Navarra and Madrid, which are also above the threshold of 300, with 369.63 and 302.11 respectively.

The increase in infections is accelerating: it already affects more than half of the large cities

All in a day in which the Ministry of Health has registered 8,788 new cases of coronavirus. This is a rebound compared to yesterday, when they were 6,623. In total, since the beginning of the pandemic, 3,326,736 people confirmed by tests have been infected in Spain.

Regarding the deceased, the health authorities have added 126 new ones, which brings the total of deaths since March 2020 to 76,037. Of these, 240 have occurred in the last seven days.

Regarding hospitals, as of this Wednesday, there are 9,412 people with COVID admitted, which represents a 7.52% occupancy of beds by these patients. Of these, 2,009 receive treatment in intensive care units, that is, 20.09% of the places in these areas correspond only to patients with this pathology. In addition, in the last 24 hours, there have been 1,184 new entries and there have been 1,132 new arrivals.

This Wednesday, the EMA safety committee (PRAC) has concluded "that unusual blood clots with low blood platelets should be included as very rare side effects of Vaxzevria (formerly the COVID-19 AstraZeneca vaccine)". In reaching its conclusion, "the committee has taken into consideration all the available evidence, including the advice of an ad hoc group of experts."

In any case, the Agency has stressed that "the benefits of the vaccine continue to outweigh the risks for the people who receive it" and pointed out that it is "effective in preventing COVID-19 and reducing hospitalizations and deaths."

This morning, the Junta de Castilla y León decided to suspend vaccination with AstraZeneca pending the aforementioned report and it became, at the moment, the only autonomous community that has made a decision of this type.

A determination that has been criticized by other regions that have chosen to continue with the process. Both Madrid, as Castilla-La Mancha, Euskadi and Cantabria have recalled that they will continue to be immunized with AstraZeneca, as long as the EMA does not say that it is not safe. In this sense, the Cantabrian Health Minister stressed that this type of decision "generates anxiety in the population", which he believes is "unnecessary" because the benefits of the drug "far outweigh the risks" that it may entail.

The first vice-president of the Government also spoke about the decision of the Castilian and Leonese Government, Carmen Calvo, who has said that decisions on vaccines do not correspond to any Community, but rather to the Interterritorial Council and that "it is decided". A CISNS that meets this afternoon and that, among other things, will address a proposal to "modulate" the mandatory use of masks which contemplates the new normal law even when the safety distance of 1.5 meters can be maintained.