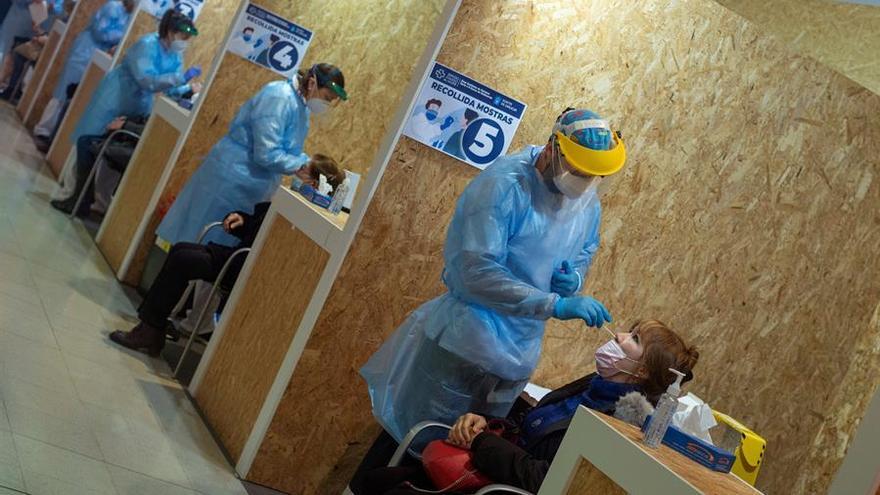 The Ministry of Health has registered 6,037 new cases of coronavirus. This is a lower figure than yesterday, when they were 6,137. In total, since the beginning of the pandemic, 3,142,358 people confirmed by tests have been infected in Spain.

By communities, Madrid is the one that reported the most cases this Thursday: 1,653. After her, Catalonia adds 1,384; Andalusia, 982, and the Valencian Community, 489.

Regarding the deceased, the authorities have added 254 new ones, bringing the total since March to 70,501. Of them, 681 have died in the last week.

In addition, the accumulated incidence continues to fall, which today stands at 153.28 cases per 100,000 inhabitants and continues to be at the “high risk” set by Health. The only region that goes down from level to low risk and that becomes the first to do so in this wave is Extremadura, which today reports a 49.45 positive AI.

In the chapter of hospitals, there are as of today 10,200 people hospitalized, which represents 8.11% of beds occupied only by COVID patients. Of the total number of admitted, 2,615 need treatment in intensive care units, that is, they fill 25.44% of the places in these areas. In the last 24 hours, there have been 899 admissions and there have been 1,280 registrations.

All this in a day in which The Junta de Castilla y León has announced that from next March 8 it will open the interior of the bars, shopping centers and gyms. This has been advanced by the vice president, Francisco Igea, in the round after the Governing Council this Thursday and “in view of the evolution of epidemiological data.” The agreement will be published this Friday in the Official Gazette of Castilla y León (Bocyl) and will take effect from Monday.

The Board had linked the withdrawal of these measures to the occupation of the ICUs in Castilla y León, which had to be at least 35% to ensure attention to critics in the event of a rebound.

What’s more, in Catalonia the opening measures continue and from next Monday bars and restaurants will be able to open uninterruptedly from 7.30 am to 5.00 pm. Although they will remain closed for dinners, this represents an improvement for the sector, since now it could only open in two strips of morning and noon. This is one of the main novelties that will take effect next Monday and will last until March 15. On the other hand, it has also been announced the recovery of university classes in all courses – although with a capacity of 30% – and activities for people over 60 years in civic centers, as long as they are outdoors.