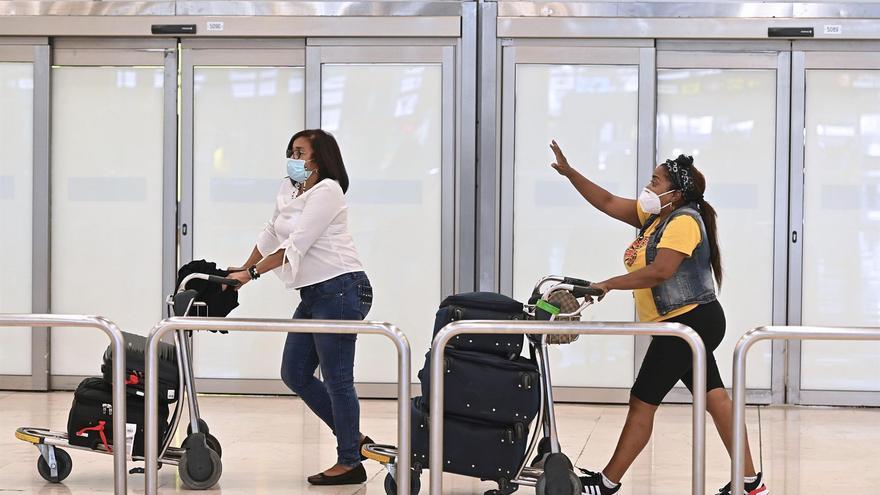 The Ministry of Health has notified this Monday 9,536 new infections and 40 deaths with coronavirus since Friday. The department headed by Carolina Darias has also reported an incidence of 115 cases per 100,000 inhabitants in the last 14 days. This indicator is two points below what the last balance marked and, although it had slowed its fall in recent days, it has not risen since April 26, six weeks ago, when it stood at 235.59 cases.

The number of new infections detected by the autonomous communities since Friday and communicated to Health, which keeps the global account, is in line with the 9,732 cases notified last Monday. This is the most recent day with which the case of this Monday can be compared, since it groups all the cases of the weekend. However, between Tuesday and Friday of last week, around 5,000 cases were reported daily. Since the beginning of the health crisis, in March 2020, 3,707,523 people have been infected with coronavirus in Spain.

As for the deceased, the 40 deaths of people with COVID-19 registered in the last three days bring the total number to 80,236 deaths. Of these, 91 have died in the last seven days.

By autonomous communities, the ones that have reported the most new cases these days are Andalusia, with 2,918; Catalunya, which incorporates 1,715; the Community of Madrid, with 1,300 more; and Euskadi, which totals 639. In terms of incidence, Madrid (142.04) falls out of 150 cases, which represent the high risk barrier, where only Andalusia, Euskadi and La Rioja are already present, in addition to the autonomous city of Melilla. This indicator rises in Andalusia and La Rioja, as well as in the Balearic Islands, Castilla - La Mancha, Catalonia, the Valencian Community, Navarra and Ceuta.

This weekend the BOE published the new restrictions for hospitality and nightlife, approved without unanimity in the Interterritorial Council of the National Health System last week. Some measures that have been suspended in a precautionary manner by the National Court in Madrid, before the appeal presented by the president of the Community of Madrid, Isabel Díaz Ayuso. However, this regional government has not been the only one that has shown its refusal to these measures. The Lehendakari Iñigo Urkullu said this weekend that he would follow his own road map, and the government of La Rioja, which voted in favor, issued a decision on whether to follow the plan agreed last week, which Health says is mandatory , to this Tuesday.

The controversy over the new restrictions on hospitality and nightclubs coincides with Spain's attempt to restore the flow of tourists, still to a limited extent. From this Monday, will be able to enter the country any passenger who has been vaccinated with the complete schedule, who has a negative PCR or antigen test performed within 48 hours prior to travel or a recovery certificate. These are requirements similar to those of the European Union COVID certificate, which some autonomous communities have already begun to issue and which will come into effect on July 1.