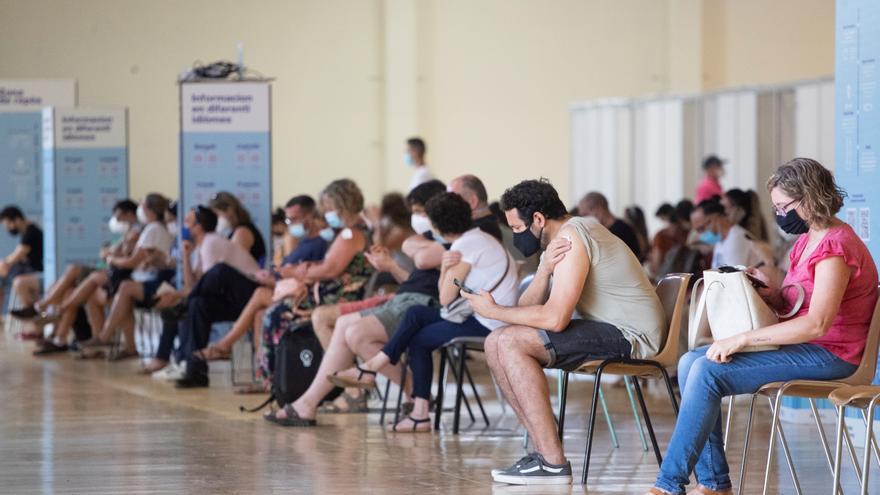 This day Health has registered 26,390 cases in the last 24 hours, about 5,000 cases more than those registered on Friday, the most recent day with which it can be compared due to the delays in notifications from Catalonia and the Balearic Islands on Monday. In addition, 10 new deaths have been added to the total balance. Since the pandemic began, 4,041,474 have been infected in Spain and 81,043 have died, 28 of them in the last week.

However, eyes are now on hospital pressure, also on the rise. In the balance of this Wednesday, an occupation in the plant by COVID patients of 3.72% and in the ICU, of 8.75%, slightly higher than those of Tuesday. There are 4,467 and 798 people respectively. The hospital occupancy rate per 100,000 inhabitants also rises: almost one point in the case of hospitalizations in the ward, to 9.41 cases; and a tenth in the ICUs, up to 1.68.

In less than two weeks, infections have multiplied by more than five in large cities. So much so that several communities have already chosen to re-implement curfews in the most affected municipalities. This is the case of the Valencian Community and Cantabria. In Catalonia, Justice has endorsed the prohibition of meetings of more than 10 people and the Catalan High Court is now awaiting whether the Executive requests endorsement of the night curfew.

On the other hand, Galicia has announced today that it imposes the obligation of PCR or vaccination certificate to access nightlife. The Xunta also takes a step back in general hospitality and limits the maximum number of non-cohabitants who can share space on a terrace to 10 people.

Spain has reached this Wednesday 47.4% of the population vaccinated with the complete guideline against the coronavirus. They are more than 22 and a half million people. With the 592,030 doses administered by the autonomous communities in the last 24 hours, 48,911,460 doses have been injected since the vaccination campaign began at the end of December. 60% of citizens have received at least one puncture.

In total, the autonomous communities have administered 90.8% of the doses delivered. At the top of this list are Asturias (96%), Extremadura (95.7) and Galicia (95.5), while Madrid is the one with the lowest percentage: 85.2%, with more than 1.1 million in the fridge.