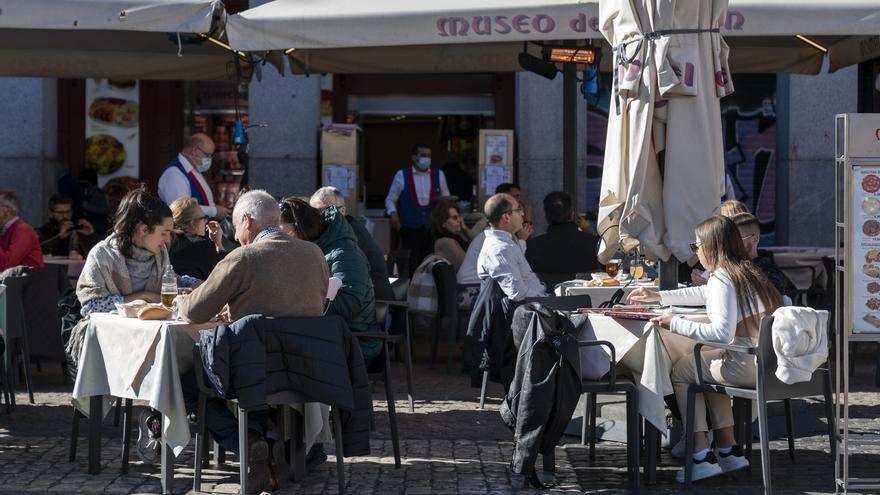 The incidence registers a new rise this Friday and stands at 71.5 cases per 100,000 inhabitants. This is the eighth day of escalation in terms of incidence cases: on Thursday of last week, Spain left the range of low risk of contagion of the coronavirus by registering 51.61 cases, and from that moment the incidence has continued with an upward trend.

By region, Navarra is the only community that falls into the high risk range of contagion of the coronavirus with 158.35 cases per 100,000 inhabitants. Likewise, the Basque Country also reports one of the highest incidence rates, with 142.72 cases. Regarding infections, Catalonia, with 912; Madrid, with 717; and Andalusia, which registers 433, are the regions with the highest increase in positives.

Regarding age groups, there are also notable differences: while people aged 40 to 49 have an incidence of 83.59 cases – ten points more than this Thursday – those aged 12 to 19 show a rate of 40 , 45 cases per 100,000 inhabitants. On the other hand, those under 12 years of age, who have not yet entered the vaccination strategy, have the highest incidence rate of all, with almost 100 cases.

The Ministry of Health has notified 4,353 new infections, an increase compared to this Thursday, when 4,286 new positives were reported. In total, more than five million people have been infected since the beginning of the epidemiological crisis.

In addition, it has been reported that 26 people have died in the last day from COVID-19, while this Thursday there were 30 deaths, which makes a total of 87,673 deaths from coronavirus.

83.4% of the population aged 12 to 19 already have the complete guideline against COVID-19

In Spain, injections against COVID-19 continue to be given, especially among the youngest and people who are receiving booster doses. This Friday, Health has notified that 78.9% of the Spanish population already has the complete anti-COVID regimen, while 80.4% have at least one dose.

By age group, 83.4% of people between 12 and 19 years old have the two doses against COVID-19, despite the fact that they were the last to join the immunization campaign. On the other hand, people from 30 to 39 years old already have 76.8% with the maximum protection against COVID.

When it comes to additional doses, almost two and a half million people have this extra protection, 2,423,963 people in total.

Astigarraga, from the outbreak at school to being the town with the highest incidence in Spain

“During the pandemic, we had not seen anything of this size or intensity. This has been the most significant outbreak in this regard,” he says. Xabier Urdangarin, mayor of Astigarraga, a town in Gipuzkoa with 6,200 inhabitants attached to Donostia. In fact, from its town hall to La Concha there are no more than six kilometers). According to the latest report on the municipal evolution of COVID-19 in the Basque Country, the incidence rate in this municipality exceeded 1,100 cases per 100,000 inhabitants in 14 days. It was a figure ten times higher than the Basque average that day and pulverized the current 67.07 average points in Spain. In this phase of the pandemic, after most restrictions have been removed due to the very high vaccination coverage, Gipuzkoa is the province with the most infections and has experienced a sharp rise in a few days.

The Astigarraga outbreak has also been sudden. On October 25, the rate stood at 29.97 and only one case had appeared in the entire previous week. “The origin is not clear, but the focus has come from the school,” says the mayor. In the municipality there is only one, the Herri Eskola de Primaria. By age, none of its around 300 students is vaccinated. The councilor is in permanent contact with the director of the center, who details that day by day there are classrooms that have to be confined. This Friday, half of the students who continue to go to class will have to undergo a saliva test. For a few months, the Basque Health Service (Osakidetza) has been using this technique to collect samples quickly and less invasively, although they are then processed like a normal PCR and their reliability is almost the same.