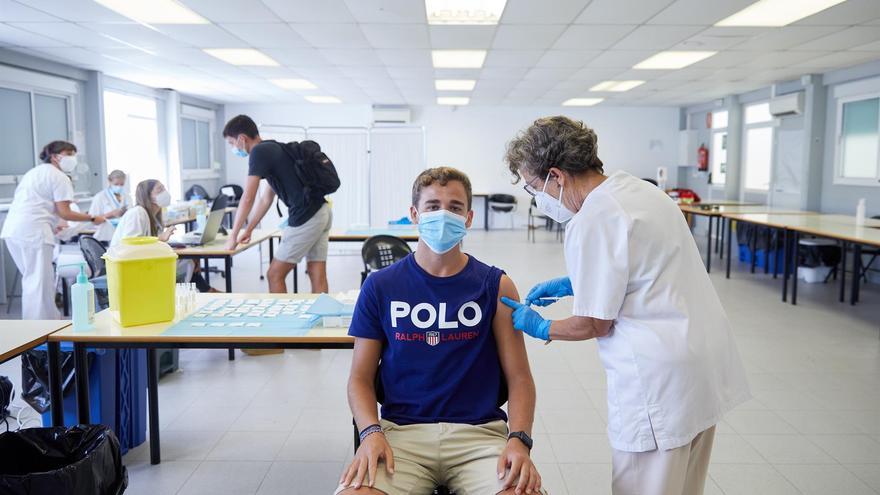 The incidence rate continues to decline and this Wednesday it already stands at 101 cases per 100,000 inhabitants. Incidence levels are already close to the lows recorded between the fourth and fifth waves, in June, after lowering the high risk of contagion last week.

All the communities are also below that threshold of 150 cases. In addition, Andalusia, Asturias, the Canary Islands, Castilla y León, the Valencian Community, Galicia, Murcia and La Rioja, eight communities in total, fall below the barrier of 100 cases.

The risk of contagion also continues to decline in all age groups, including the youngest, which spurred the rise of the fifth wave. The group from 20 to 29 goes from 124 to 112 and the group from 12 to 19, from 140 to 124 cases per 100,000 inhabitants. In addition, the age groups between 40 and 79 years present incidences of less than 100 cases. If the last wave experienced a clear difference in its curves by age groups, with the decrease in incidence it is logically observed that all the evolutions are converging.

The Ministry of Health has notified 3,723 new infections, for the 3,261 registered yesterday, a day in which a minimum of daily cases was reached for more than a year. In total, 4,922,249 people have been infected with COVID-19 since the start of the pandemic.

Catalonia, which has 956 infections; Andalusia, which adds 624; and Madrid, with 583; They are the communities with the highest numbers this Wednesday.

Health authorities have also reported 90 deaths in the last 24 hours, bringing the number of deaths from the pandemic to 85,638. Yesterday 155 were reported, although deaths, like the rest of epidemiological indicators, experience a decrease since last week.

After reporting these data, the Minister of Health, Carolina Darias, recalled at a press conference that “the severity of these data is being significantly lower”, with percentages of hospitalizations and deaths much lower than in the previous ones.

75% of the population already has the complete guideline

Despite the slowdown in the vaccination rate since mid-summer, Spain continues to meet milestones and this Wednesday it has exceeded the mark of 75% of the fully immunized population, that is, it has received the double dose of Pfizer, Moderna or AstraZeneca or else a single puncture from Janssen. They are a total of 35.6 million people.

In addition, almost 80% (78.6) of the population has at least one dose of the vaccine, more than 37.3 million people. After the more than 200,000 administered in the last 24 hours, the autonomous communities have put a total of 68.8 million doses since the start of the campaign, at the end of December 2020.

In fact, all the vaccinable age groups (the authorities allow the administration of the vaccine to all those over 12 years of age) are already above 80% with the first dose, except those from 20 to 29 (76.6), and all of them they exceed 60% of those vaccinated with a complete regimen.

The vaccination against COVID-19 of adolescents has reached such agility in Spain that This age group, 12 to 19 years old, already exceeds those between 20 and 40 years old with first doses. And that their period to be immunized, especially among those under 16 years, opened much later, during the month of August.

Few days after start the school year, data from the Ministry of Health reflect that the speed at which minors have been vaccinated deserves a separate chapter within the immunization campaign against the coronavirus. Currently, 79.4% of these young people – that is, more than three million – have already received the first of the two injections, while this percentage drops to 76.3% and 76.1% if it is observed those between 20 and 29 years old and those between 30 and 39, respectively.