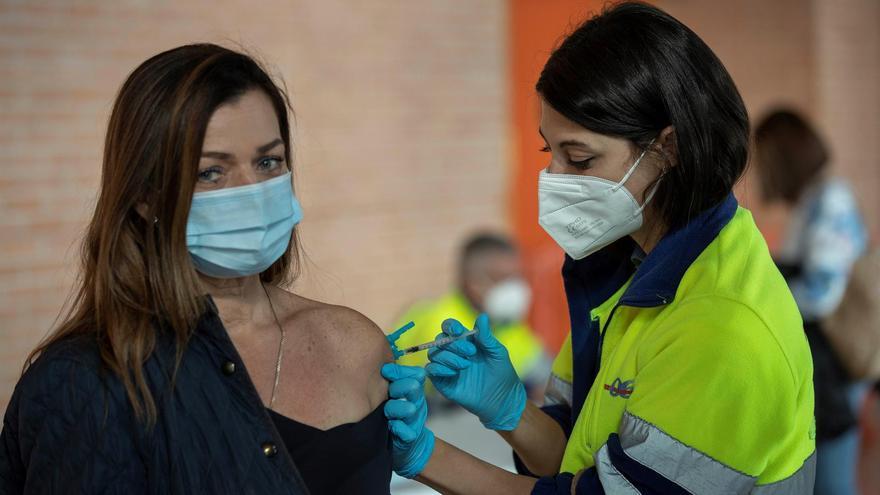 The incidence registers a new increase this Tuesday and rises six points from Monday to 88.65 cases per 100,000 inhabitants. With the new sanitary traffic light, Spain would once again be in the low range of contagion of the coronavirus, which now occurs with an incidence of up to 100 cases. Since November 3, when an incidence of 49.31 cases was reported, the curve has shown an upward trend, and the largest increase in recent days occurred this Monday, with more than ten points of difference compared to on Friday. These figures were not seen since September, however, at that time the hospital data and the number of deaths were much worse than now.

Navarre, which on Monday registered the highest incidence figure in all of Spain, with 203.42 cases per 100,000 inhabitants, has not updated its data due to technical problems. Nor has the Valencian Community released its COVID-19 data. This Tuesday, the Basque Country reported 188.43 cases of accumulated incidence, one of the highest figures in the country. Andalusia would be on the other side, with 47.74 cases per 100,000 inhabitants. Catalonia, with 1,108 new infections; Madrid, with 649; and Andalusia, with 475 are the regions that report a greater increase in positives this day.

The Ministry of Health has notified 4,091 new infections, bringing the total number of positives since the start of the pandemic to 5,061,045 cases. This Monday, Spain registered 9,798 positives after the weekend.

There are also differences by age groups: while people between 40 and 49 years old register more than 100 cases of incidence (104.13), those between 12 and 19 years old report less than half, 48.65 cumulative incidence points. On the other hand, incidence cases in those under 12 years of age also rebound, with 128.31 cases per 100,000 inhabitants.

In addition, 29 deaths have been reported from COVID-19, with which 87,745 people have died from the coronavirus since the crisis situation began due to the health emergency.

90.6% of the target population has at least one anti-COVID dose

Nine out of ten people over 12 years old already have at least one dose against COVID-19 (90.6%). That is, 38,171,026 people throughout Spain, while 89% of this population already has the complete guideline.

In addition, about three million people (2,782,583 in total) already have the additional or booster dose.

By age group, one of the young strata that are making the most progress in the vaccination campaign is that of people between 12 and 19 years old: 86.4% already have at least one anti-COVID puncture. On the other hand, this injection is performed by 81.4% of people between 20 and 29 years old, and 79.1% of those between 30 and 39 years old.

The traffic light used to measure the situation of the pandemic in Spain and decide restrictions will change. The Public Health Commission will debate this Tuesday a new version that updates the criteria to the current context – in which the majority of the population is vaccinated -, according to has advanced the newspaper El País and has confirmed elDiario.es.

Until now, an incidence of 50 cases per 100,000 inhabitants marked the difference between low and medium risk. If Public Health approves the draft it is working with on Tuesday, that indicator will rise to 100 cases, according to information from El País. The high risk will be reached when reaching 300 cases; the very high, at 500 cases.