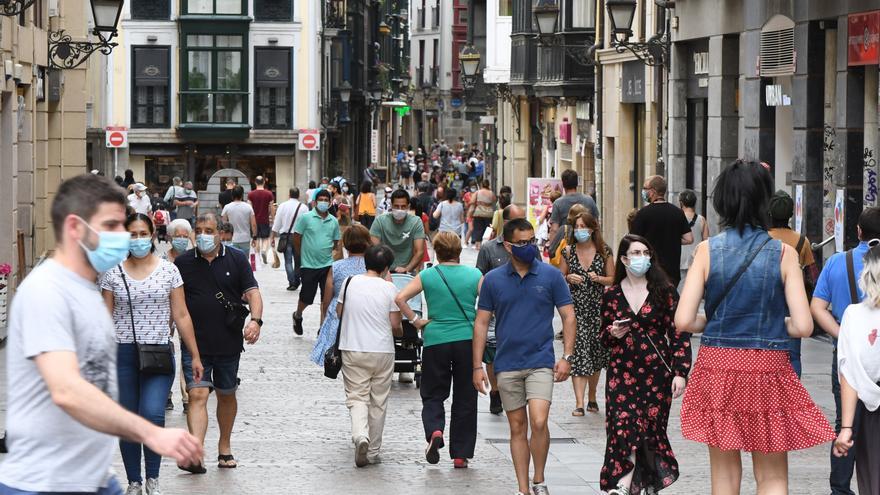 The incidence continues with its upward trend and after the weekend stands at 132.19 cases per 100,000 inhabitants, 20 points more than on Friday, when 111.95 cases were registered. Since November 2, when 49.03 cases were reported, the incidence curve has not stopped rising, although experts point out that the incidence it is not the only indicator to take into account to know the epidemiological situation, and it is convenient to analyze the level of saturation in hospitals.

For now, all hospital indicators register an increase: the hospitalization rate rises one point from Friday to 6.07 points, figures that have not been seen since September. In addition, the number of hospitalized patients after the weekend stands at 2,880. The percentage of occupancy of beds by COVID patients is also increasing, which, like the hospitalization rate, also reaches numbers registered in September. The data in the ICUs also registered an increase, but they are still far from the levels of the end of summer.

In addition, 22 people have died since Friday from COVID-19. On Friday of last week, Health reported 43 deaths from the disease, and now the number of deaths since the coronavirus pandemic began already stands at 87,832.

The Ministry of Health has reported 15,875 infections after the weekend, while last Monday 9,798 positives were registered since Friday. In total, 5,096,538 people have been infected with the coronavirus.

Navarra continues the rise in incidence in an escalating way, and this Monday registers 373.56 cases per 100,000 inhabitants, the highest rate in the country. It is followed by Euskadi, with 286.38 cases, and Aragón, which already exceeds 200 with 208.74 incidence cases. Catalonia, with 3,693 infections after the weekend; Valencian Community, with 1,762; and Euskadi, with 1,674 are the autonomous communities that report a greater increase in infections since Friday.

By age groups, children under 12 years of age exceed 200 incidence cases and register 203.57 cases per 100,000 inhabitants. They are the group with the highest incidence rate, although they have not yet entered the vaccination campaign. Those who do enter this strategy are those aged 40 to 49, with a rate of 155.91 points, the highest after those under 12.

In addition, more than half (50.7%) of those over 70 years of age already have the booster dose or the third anti-COVID dose. In total, 3,610,960 people have this extra puncture in Spain.

By age, 84% of people between 12 and 19 years old already have the complete guideline against COVID-19, while people between 30 and 39 years old are still the group with the fewest vaccines administered: 77.1% of those People in this age group have both doses of the vaccine.

New antivirals anticipate a different stage of the pandemic

For most of the pandemic, improved survival for COVID-19 patients has depended primarily on progress in measures of life support and anti-inflammatory treatments that prevented the appearance of complications triggered by disease, such as an extreme inflammatory response.

Thus, it was found that drugs such as corticosteroids (including dexamethasone, hydrocortisone or methylprednisolone) or inhibitors of pro-inflammatory molecules (anakinra, tocilizumab and baricitinib) could limit an uncontrolled reaction of the immune system and reduce the duration of mechanical ventilation and mortality in moderate and severe patients. In other words, the most useful drugs during much of the pandemic have been those that did not have antiviral effects against SARS-CoV-2.

During the course of this health crisis, numerous promising drugs have failed resoundingly against the coronavirus: hydroxychloroquine, ivermectin, antivirals used against HIV, antibiotics, interferon beta-1a, convalescent plasma … Only the antiviral remdesivir achieved authorization from the European Medicines Agency (EMA) in June 2020, but its alleged effectiveness has been surrounded by controversy, with the WHO publicly advising against its use for negative results in their large SOLIDARITY clinical trial.