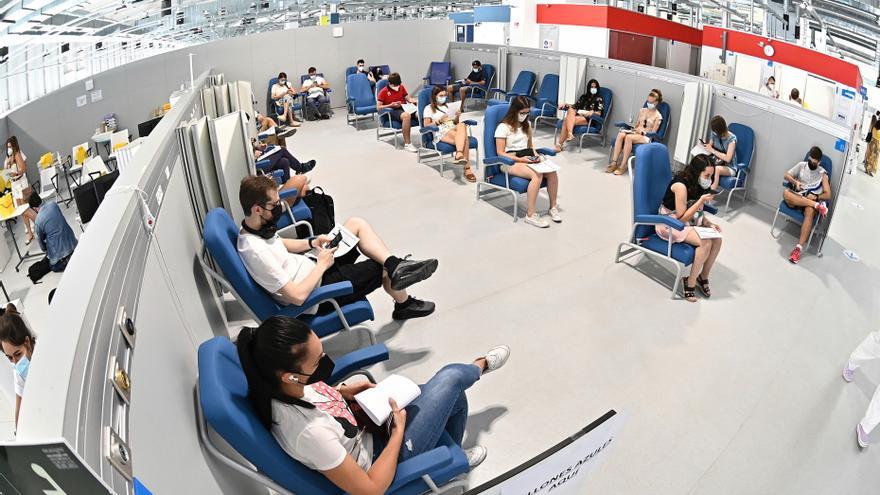 The average incidence rate in Spain this Tuesday marked 436.75 cases per 100,000 inhabitants in the last 14 days, up from 368 on Monday. This indicator is especially triggered among the population between 20 and 29 years old, with 1,421.4 cases; between 12 and 19 years old, with 1,183.6 cases; and between 30 and 39 years, with 562.4 cases. In addition, health has registered 43,960 new infections and 13 more deaths than yesterday. But it must be borne in mind that neither Catalonia nor the Balearic Islands reported their weekend data this Monday due to “technical problems”, so today’s data are overestimated and the incidents have no statistical value or serve to get a precise idea of ​​the evolution of this indicator. However, Spain has already exceeded four million infections by COVID-19 since the health crisis began in March 2020: 4,015,084 people have been diagnosed with the virus.

The increase in infections has also been noted in hospitalizations. According to the data managed by the Carolina Darias department, hospital occupancy by coronavirus patients this day is 3.5%, 0.25 points more than the previous day, and that of ICUs exceeds 8.2% – Monday stood at 7.87% -. There are currently 4,183 people hospitalized and 811 have required assistance in an intensive unit in the last 24 hours. Since the start of the pandemic, 81,033 people have died, 29 of them in the last 7 days.

By autonomous communities, those that have added the most new cases to the Health balance are Catalonia, which has incorporated 3,311 since Friday; Castilla y León, with 3,296; Asturias, which totals 2,464; and Cantabria, with 2,128 cases in the last day. In terms of incidence, the worst rates are Catalonia, which exceeds 1,014 cases per 100,000 inhabitants in the last 14 days; followed by Castilla y León, with 713; and Navarra, with 630. At the other extreme are Castilla-La Mancha, with 127.86 cases, which is the only one below the limit of 150 that marks the high risk of contagion, and Murcia, with 172.18. They are the only two communities with less than 200 incidence cases.

The autonomous communities have been studying recovering or implementing new restrictions since last week in order to stop the increase in infections. On this journey, the Justice of Aragon has lifted the precautionary measures dictated yesterday and authorizes the closure of nightlife at 00:30, and the president of the Xunta, Alberto Núñez Feijóo, has announced that plans to impose new limits to meetings to stop the escalation of COVID infections. Meanwhile, his counterpart in Madrid, Isabel Díaz Ayuso, has ruled out new restrictions.

The autonomous communities have administered 538,114 doses of vaccines against COVID-19 in the last 24 hours, with which the 48.3 million punctures have been exceeded since the end of December. In total, in Spain 22,139,864 people have the complete guideline, representing 46.7% of the population, while 59.5% (slightly more than 28.2 million) have at least one dose.

By autonomous communities, the ones that have injected the most doses are Asturias and Galicia, which have inoculated 94.9% of those received, and Extremadura, with 94.5%. In the queue are the autonomous cities of Ceuta (87.9%) and Melilla (83.8%) and the Community of Madrid, which has only administered 83.9% of the serum and has more than 1 in the fridge , 2 million doses.