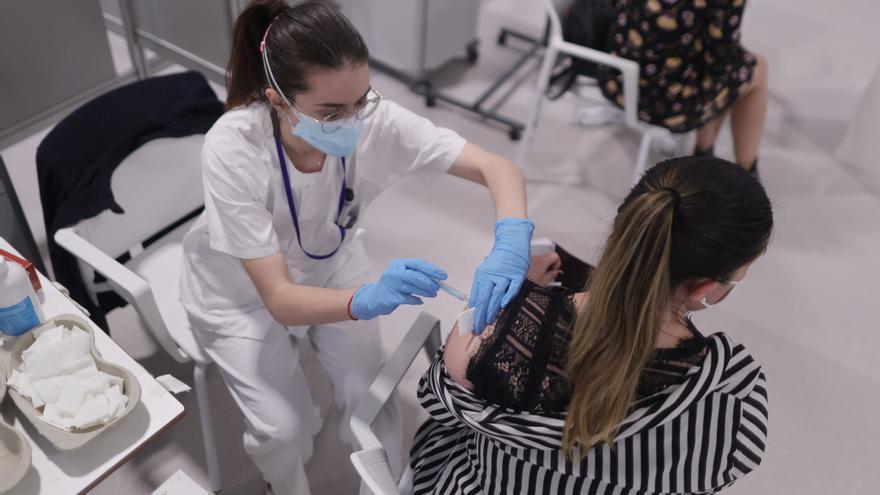 The 14-day incidence continues to decline in Spain and already registers numbers from mid-August: it stands at 108.46 cases per 100,000 inhabitants. Yesterday, this indicator stood at 110. On August 14, 109.8 cases had been registered.

The Ministry of Health has also registered 4,412 new cases of coronavirus. Compared to yesterday's figure, this is a decrease, since then it was 14,004, due to the adjustment of data for Catalonia. In total, since March 2020, 3,733,600 people confirmed by test have been infected in Spain.

The community that registers the highest number of new positives is Andalusia, with 1,482 registered in the last 24 hours, Catalonia, with 575, and Madrid, with 539.

Regarding the deceased, the health authorities have added 36 new ones, which brings the total number of deaths in the country with the disease to 80,501. Of these, 109 have occurred in the last seven days.

Tension in hospitals continues to drop. There are already less than 1000 patients with COVID-19 in the ICUs of Spain. The occupancy of intensive therapies for coronavirus is around 10.14%, while that of conventional beds is 2.77%. In total, there are 3,427.

Spain has administered in the last 24 hours 654,232 doses of some of the available vaccines against COVID. This is the second consecutive daily record, after 624,261 were injected yesterday.

Spain has administered a total of 32,282,553 doses since the start of the vaccination campaign. In addition, almost 21 million people have at least one dose of some of the COVID-19 vaccines, 44.2% of the population.

By age group, more than half of those over 50 years of age already have the complete vaccination schedule (two doses of Pfizer, Moderna or AstraZeneca or one of Janssen) and 91.1% of that group have at least one first injection. For several weeks, all those over 80 years of age have already received the complete vaccination schedule necessary to achieve maximum immunity.

This Friday, the Community of Madrid has announced that 22 cases of the Indian strain have been identified in the region, in addition to "other suspected cases to be confirmed." The Deputy Minister of Public Health and the Covid-19 Plan, Antonio Zapatero, has expressed that it is expected to become the predominant variant in the coming weeks throughout the country, replacing the British one. "Community transmission is taking place," he pointed out.

"Each case is followed and pursued and closely monitored, but we imagine that the situation may be like the one we had in December and January with the British," he lamented.

Also this Friday, in Catalonia, The Generalitat and the nightlife employers' association have reached an agreement so that nightlife venues can be reopened. It will be the next day 21 when the discos will operate again. They will do so until 0330 hours, with an additional half hour to empty the rooms, according to the statement issued after the meeting. The representatives of the nightlife venues have indicated that the use of the dance floor will be allowed without distance and that it can only be consumed while sitting.

According to the agreement reached with the Generalitat, a 50% maximum capacity is authorized indoors and 100% outdoors.