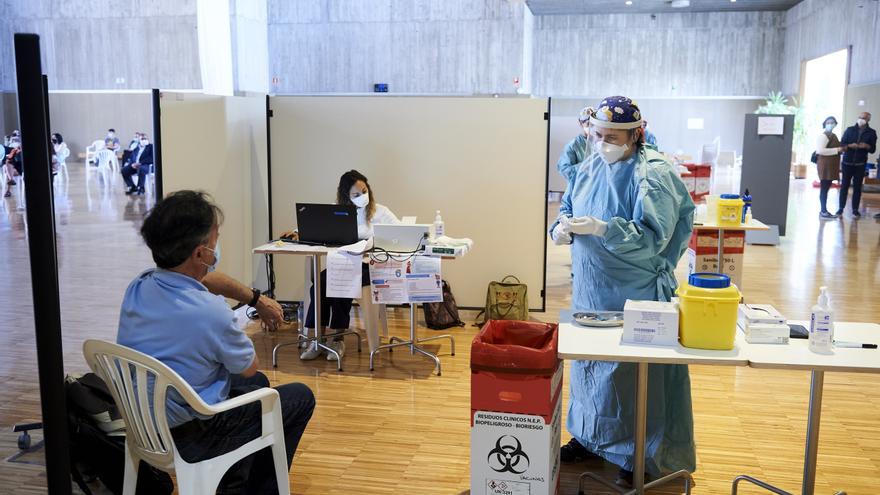 The cumulative incidence in Spain has fallen to 74 cases per 100,000 inhabitants. These figures are consistent with the progressive decline that has left several symbolic records in recent days: on Monday Spain presented the best weekend data for a year in terms of notified cases, and this Tuesday it registered its lowest number of infections in more than a year, with 78 cases per 100,000 inhabitants.

Regarding hospital pressure, this Wednesday an ICU occupancy of 9.80% was registered. Regarding the occupancy of the beds, 2.69% has been reported. Both the occupancy of beds and ICU has decreased compared to this Tuesday. The communities with the greatest pressure in their hospitals are Madrid, with 18.82% of beds occupied in ICUs; Catalunya, with 15.29%; and Euskadi, with 13.61% occupancy in the ICU. The three regions show lower occupancy percentages than this Tuesday.

Health has notified 2,840 new cases this Wednesday, a slight increase compared to the day of this Tuesday, when 2,450 new infections were reported by COVID-19. In total, 4,940,824 people have been infected by COVID since the start of the pandemic.

All age groups older than 12 are already below 100 incidence points. The only age group that is above that mark is those under 12, precisely the only one that has not yet entered the vaccination process.

Madrid, which adds 509 new cases; Catalunya, with 588; and Andalusia, with 469 cases, are the regions with the highest number of new cases diagnosed this Wednesday. On the other hand, the accumulated incidence in all the autonomous communities decreases.

The health authorities have also reported 102 deaths, making a total of 86,085 deaths from COVID since the start of the pandemic. It represents an increase compared to this Tuesday, when 82 new deaths were reported.

Amnesty International puts numbers unequal access to vaccines in the world after the last warning, the umpteenth, of the United Nations about “obscenity” and “ethical failure” which means that the rich countries have already immunized the majority of their population while in Africa less than 10% are inoculated. The non-governmental organization analyzes the contribution of each pharmaceutical company that markets vaccines in equal distribution and identifies the least collaborative: Moderna and Pfizer-BioNTech.

The former has yet to deliver a “single dose to low-income countries” and most of its contribution to COVAX will last until 2022, according to the report. Double Dose of Inequality: Pharmaceutical Companies and the COVID-19 Vaccine Crisis.