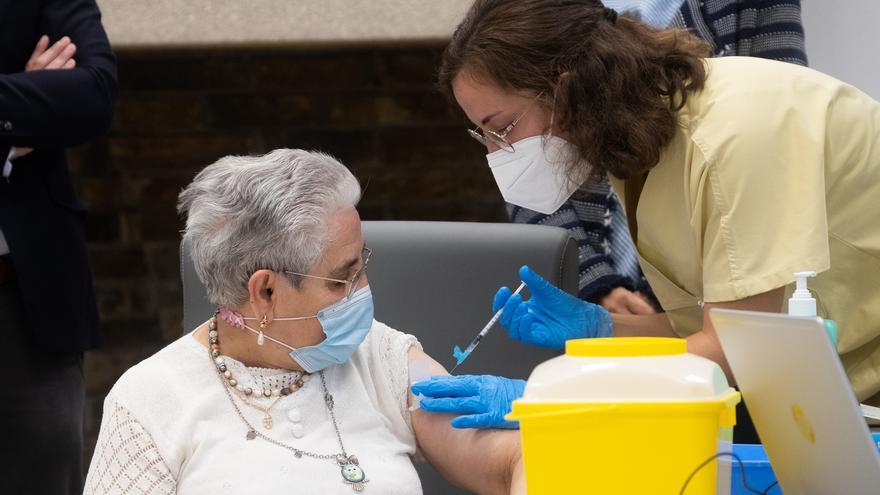 The incidence in Spain has fallen to 71.8 infections per 100,000 inhabitants, 24 and a half points less than last Thursday, when 96.3 infections were registered per 100,000 inhabitants and the symbolic barrier of 100 cases was broken cumulative incidence for the first time since June. From that moment, figures have been registered in recent days with lows that have not been seen for more than a year.

Spain has notified 3,031 new cases this Thursday, a small increase compared to this Wednesday, when 2,840 new infections were registered. In total, 4,943,855 people have been infected by COVID since the start of the pandemic.

The health authorities have also reported 100 deaths, making a total of 86,185 deaths from COVID since the start of the pandemic. It represents a slight decrease compared to Wednesday, when 102 deaths were reported.

Catalunya, which adds 850 new cases; Andalusia, with 481 and Madrid, which has 400 new infections, are the regions with the highest number of new cases diagnosed this Thursday. On the other hand, the accumulated incidence has decreased in all the autonomous communities, except in Melilla, which remains at 171.1; and in La Rioja, which has risen slightly from 61.3 to 61.3.

Advancement of vaccination against COVID: 36.2 million people with the complete regimen and all age groups with more than 70% immunized

More than 36.2 million people in Spain already have complete immunization against COVID-19, 76.4% of the population at a time when the rate of vaccination declines. In the last 23 hours, 93,158 doses of the COVID-19 vaccine have been injected, one of the days with the fewest punctures since March 23, when 87,000 vaccines were given.

In total, communities have already administered 69.6 million doses since the immunization campaign began. On the other hand, just over 37 and a half million people have at least one puncture, 79.1% of the Spanish population.

Regarding age groups, this Wednesday all age groups surpassed the symbolic barrier of 70% of people with the complete guideline. Specifically, the 12 to 19-year-old group, the last to join the immunization campaign, already have 72.1% of people with all doses given.

A year and a half after announcing it, the Ministry of Health and the autonomous communities have appointed the committee of experts that will independently evaluate the management that the National Health System has made of the pandemic. These are four specialists, supported unanimously, who in turn will appoint the field evaluators, as explained by the minister of the field, Carolina Darias, in the press conference after the Interterritorial Health Council on Wednesday.

Those appointed are: Rosa Urbanos Garrido, expert in Health Economics, Professor of the Department of Applied Economics of the UCM and president of SESPAS; Fernando Rodríguez Artalejo, Professor of Preventive Medicine and Public Health at the UAM; Carmen Pérez Romero, president of the Health Economics Association and Xurxo Hervada Vidal, an expert in epidemiology and part of SERGAS.