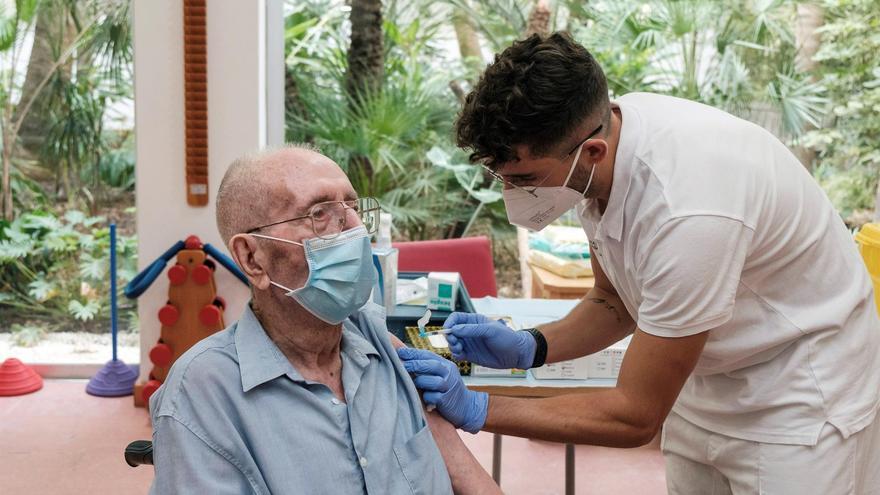 By age groups, the stratum with the highest cumulative incidence within the vaccinable groups is that of people between 30 and 39 years of age, with 65.60 cases per 100,000 inhabitants. The rest all have rates below 60 cases, with the exception of those under 12 years of age, who have not yet entered the vaccination campaign and accumulate 106.34 cases per 100,000 inhabitants.

Spain has notified 2,761 new infections this Wednesday, a slight decrease compared to the same day last week, when 2,840 new cases were registered. In total, 4,956,691 people have been infected by COVID since the beginning of the pandemic.

Catalonia, which adds 955 new cases; Madrid, which adds 397 new infections; and Andalusia, with 317 are the regions scoring highest number of new cases diagnosed Friday. On the other hand, the incidence is low in all the autonomous communities. Specifically, five communities are already below 50 cases, with low levels of contagion risk: Valencian Community (48), La Rioja (47), Castilla y León (39), Galicia (33), and Asturias, with 17, which is already at a new normal incidence level, according to the Health traffic light.

Regarding the pressure in hospitals, the occupancy in the UCIS continues to decrease and stands at 8.07%, while the occupancy of beds falls to 2.17%. The communities with the greatest pressure in their hospitals are Madrid, with 16.56% of beds occupied in ICU; Catalunya, with 11.85%; and Euskadi, with 11.26% occupancy at UCI.

Health authorities have also reported 39 deaths, making a total of 86,397 deaths from COVID since the start of the pandemic. Representing a decrease against Tuesday that 60 deaths were reported.

This Wednesday, Spain has reached the symbolic figure of 70 million vaccines administered since the start of the immunization campaign against COVID-19. In total, 70,022,100 million punctures.

Although the rate of immunization has decreased compared to a few months ago and it is increasingly difficult to meet the objectives of the vaccination campaign, Spain continues to give injections. 79.4% of the population has the least one dose, and has 77.1% and the complete pattern.

In addition, by age strata, the group from 12 to 19 already has 76% of those vaccinated with the full schedule. All the vaccinable age groups have complete guidelines above 70%.

The region that makes the most progress in vaccination continues to be Asturias, with 84.1% of immunized people. The Balearic Islands follow the tail, with 70.4% people with both doses.

Beyond what the daily data confirm, Spain begins to make gestures showing that the country is emerging from the pandemic definitively. The Minister of Health, Carolina Darias, meets in person this week with all the health advisers of the autonomous communities. He has summoned them to two days of meeting in the Canary Islands with the aim of starting the reconstruction of the health system. The authorities want to start with the base: Primary Care, the link most devastated in the last year and a half. Two medical congresses, one in Zaragoza and the other in Palma, are also exploring these days, with conferences and round tables, the day after for the public system.

Primary Care professionals are “exhausted”, “in an agonizing situation”, “demobilized”, “active”. It is said by several doctors with whom elDiario.es has spoken about their expectations of the meeting between Health and the autonomous communities, from which a photo of unity between authorities will foreseeably come out at the end of the pandemic. “We cannot continue to say that we are the gateway to the system, that we function well, that it is the best we have, because we die. At some point we have to hit rock bottom to resurface and we are close to reaching that point,” he says. Rosa Magallon, Zaragoza family physician and president of the Spanish Primary Care Network.

Do we have too many visitors? The impact of tourism on fragile territories