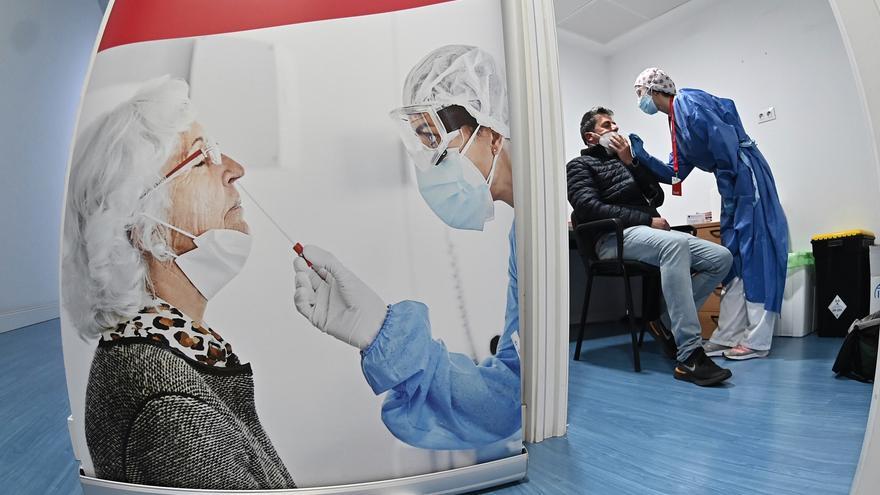 The Ministry of Health has announced this afternoon that the accumulated incidence at 14 days, which on Friday stood at 294.72 cases per 100,000 inhabitants, is placed this Monday at 252.19 cases, the lowest figure of the year, in continuous decline since the end of January. The incidence is approaching the threshold of 250 cases, therefore, at this rate, it is very possible that tomorrow Spain will no longer be considered “extreme risk”.

In terms of infections, Health has notified 20,849 new cases of coronavirus since Friday, a lower figure than last weekend, when 30,251 positives were diagnosed. In total, since the beginning of the pandemic, 3,153,971 people confirmed by tests have been infected in Spain.

By communities, Catalonia is where the number of infections grows the most, with 5,977 new cases; followed by Madrid, which totals 3,531; Andalusia, with 2,538; and the Valencian Community, with 1,989 new positives.

The Health data also reflects 535 new deaths this weekend, compared to the 702 from last week.

By communities, Asturias is where the highest percentage of the population has received the double dose so far (3.69%), followed by Castilla y León and Extremadura, both with 3.57%. On the opposite side of the table, the autonomous cities of Ceuta (1.29%) and Melilla (1.49%) are the most lagging behind, followed by the Balearic Islands (1.70).

Since the start of the vaccination campaign, Spain has received and distributed 3,622,165 doses among the autonomous communities, of which 3,090,351 have been administered, representing 85.3% of the total.

Of the vaccines administered so far, 2,837,196 correspond to the one marketed by Pfizer-BioNtech, the first brand that was authorized in Spain, 132,433 are from Moderna and 120,722 from AstraZeneca-Oxford.

These data reflect Spain is leaving behind the third wave of COVID-19, the same is happening in the rest of Europe and even the world. Global cases of coronavirus have fallen steadily for five weeks, like never before since the start of the pandemic almost a year ago. It is the longest decrease in these 12 months and it does not have to mean that the end of infections is near, but perhaps we have learned something when it comes to managing the virus and complying with the restrictions. According to experts, this phenomenon has not so much to do with vaccination, which is being carried out mainly in rich countries, as with the measures taken and the virus cycles themselves.